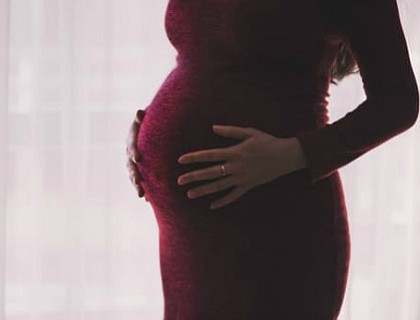 (CNN) — Janet Jackson might be the most famous symbol of a growing trend: the 50-year-old mom.

The superstar has given birth to her first child at age 50, People magazine confirmed.

"We thank God for our blessing," she told People when she confirmed the pregnancy.

The singer/songwriter announced to fans in a video on Twitter in April that she would be delaying the second leg of her "Unbreakable" world tour because she and her husband, Qatari billionaire Wissam Al Mana, were focused on family planning.

"I thought it was important that you be the first to know. My husband and I are planning our family, so I'm going to have to delay the tour," she said with a smile. "Please, if you can try and understand that it's important that I do this now. I have to rest up, doctor's orders. But I have not forgotten about you. I will continue the tour as soon as I possibly can."

Jackson follows in the footsteps of other mothers, such as singer Sophie B. Hawkins, who already had a young son and decided to have another baby at 50. She admitted that her age made her think more than twice about the humongous and life-changing step.

"I went through waking up crying and saying, 'Am I too old? Will I suddenly at 51 have my knees give out?' " Hawkins, who used a sperm donor and was implanted with her own frozen embryo, told People in 2015.

"Now I don't have any of those fears because I feel healthy and strong. I'm also setting up a good net of support, and that's the key to anybody having a child."

Jackson and Hawkins are part of a small but growing trend of women doing what was unthinkable only a few decades ago: becoming moms at 50 and beyond, according to a recent story in AARP The Magazine.

And those numbers don't take into account the women who become mothers through adoption or surrogacy, women like Deborah, who had a child "close to 50," she says. She used a surrogate after she learned through in vitro fertilization that she could get pregnant but could not carry a child to term.

A few years later, Deborah, who wanted to use only her first name for this article, had another child after her surrogate offered to carry and deliver a second baby for her and her husband.

"That was the best decision we made, or she helped us make ... because I do think that it's a bit of a burden on an only child to have an older parent," she said.

'Sometimes they think I'm the grandma'

Deborah, who now has two girls 9 and 13, says she's never felt judged or even singled out for her unconventional path. Part of the reason for that, she suggests, is that she's raising her children in the New York area, where midlife mothering is fairly common.

"I think when my kids were little, like when I was in the nursery school crowd, I don't even think I was the oldest parent," she said. "I mean, if you go to other parts of the country, sometimes they think I'm the grandma."

Cyma Shapiro, who adopted a child from Russia at 46 and another at 48 and has adult stepchildren, hasn't gotten the "Are you the grandmother?" reaction. But she knows plenty of women, many of whom write for her blog MotheringintheMiddle.com, who have heard that and then some about their decision to enter motherhood in their late 40s, 50s and even 60s.

"It was a banner headline everywhere, and people thought, rightfully so by the way back in the context of that time, that these women were really old," said Sauer, who's also professor of obstetrics and gynecology and program director of the Center for Women's Reproductive Care at the Columbia University Medical Center.

Twenty-five years later, Americans seem more comfortable with IVF in general and with women getting pregnant in their 40s, Sauer said. There are also signs, namely in the medical field, that people are growing more accustomed to women having children at 50 and older, he said.

He cites how some 30-year-old residents at the hospital sometimes don't even mention deliveries overnight by women 50 and above in the morning reports, because "it's so commonplace."

"I've at times said, 'Are you not going to say something about the 53-year-old?' They'll be like, 'What do you want to know about her?' "

The challenges to midlife mothering

Becoming a mother at 50 or older is certainly not a decision that most women approach lightly.

For women who want to get pregnant, they'll probably need to rely on IVF and use egg donations, unless they froze embryos at a younger age. IVF with an egg donation could cost as much as $25,000 to $30,000 for a single attempt.

The older the woman, the greater the health risks of hypertension, diabetes and even death, medical experts say. There are also health risks to the child.

"What never gets picked up in these stories ... is there's a lot of women doing this stuff that doesn't work for them. They don't get pregnant, or they miscarry, or God forbid, they have a disabled child, and now they're maybe 50, 55, and they're got to deal with it.

"They have to be prepared for that," Sauer said.

There are immense challenges for women who become mothers through adoption and surrogacy later in life, too.

Scott, the mother of toddler twins, said it wasn't until her kids were born that she "started to get a little freaked out."

"When you think about it, it's like, I'm old, and I'm just going to get older as my kids get older, and when they graduate, they're going to have old parents, and God forbid, I probably won't live to see grandchildren.

Shapiro, the founder of Mothering in the Middle, said she hopes she and other women in their late 40s, 50s and 60s will continue to speak out candidly about the challenges of midlife motherhood -- challenges they couldn't even imagine, because they were the pioneers.

Shapiro says her message is not that women should reconsider becoming mothers later in the life, just that they should consider the experiences of women who have done it before deciding whether it's the right path for them.

The benefits? Experience and support

There are plenty of upsides to becoming a mother later in life, women say. Topping the list is experience.

"I've gone through a lot of stuff, and I've come to parenthood bringing a completely different perspective than somebody that's just starting out," said Scott, the mother of twins born through surrogacy.

Deborah, who also had her kids through surrogacy, said her friends who have been through motherhood have been a tremendous resource.

"If you have a close relationship with your friends, they are that much farther ahead of you, and so I've benefited from their advice," she said. "My best friend that I grew up with, her son's getting married ... and I'm looking at high school."

"I think the thing my children feel is that they were so wanted and so loved," Deborah said.

"It's like a dream come true for us, so every day, I wake up and say, 'I'm the luckiest person in the world,' and I hope they feel that."