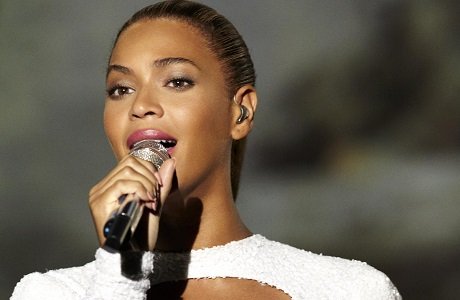 (CNN) — It can't be easy to be a singer when your sister is Beyoncé, but Solange Knowles has shown the world that she can more than hold her own.

The pair are sharing some of their sister love in a cover story for Interview magazine.

In it the superstar "Lemonade" singer interviews her younger sister whose critically acclaimed "A Seat at the Table" album was a fan favorite in 2016.

"I was just having a conversation with someone about 'The Real Housewives of Atlanta,' and I was saying how I love that show and think it's so brilliant because it's the woman that was represented in my childhood in Houston," Knowles said. "It makes me feel so at home."

The outspoken singer notes that she and her big sister "grew up in the same neighborhood that produced Scarface, Debbie Allen, and Phylicia Rashad" to parents who encouraged their creativity.

"I remember thinking, 'My little sister is going to be something super special,' because you always seemed to know what you wanted," Beyoncé said. "And I'm just curious, where did that come from?"

"I have no idea, to be honest! I always knew what I wanted," Knowles said. "We damn sure know that I wasn't always right."

The "Cranes in the Sky" singer said she also got some advice from her big sister about working with your spouse. Beyoncé frequently collaborates with her superstar rapper husband, Jay Z.

Knowles is married to director Alan Ferguson, who she collaborated with on with visuals for her album.

She said she was hesitant to potentially disturb their home life, but was encouraged by Beyoncé who said, "I swear, you guys are going to be just fine and will probably make the best work that you have ever made because of the way that you love and respect one another and each other's vision."

"I knew without a shadow of a doubt that he had to be the person to help bring the vision to life," Knowles said. "And he really saw this through in every single detail that he possibly could have."

The singer also had sweet words about growing up with Queen Bey.

"You did a kickass job," Knowles told her sister. "You were the most patient, loving, wonderful sister ever. In the 30 years that we've been together, I think we've only really, like, butted heads ... we can count on one hand. "