What doctors think about the Affordable Care Act 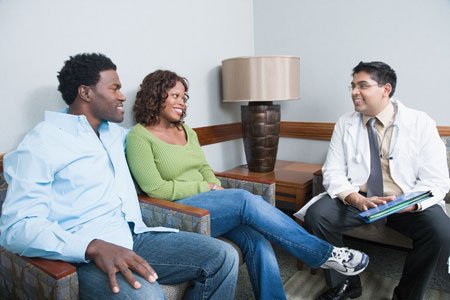 (CNN) — It's hard to keep up with Atlanta urologist Brian Hill.

He spends his 14-hour days moving quickly between the waiting room -- "Hi, I'm Brian, nice to meet you" -- the operating room -- "We all good here?" -- and the recovery area, where a typical conversation might involve telling his elderly patient she is beautiful while giving her daughter a high five.

"Bladder looked perfect, she did good, so that's awesome," he tells them.

"We just love Dr. Hill," says the patient from her wheelchair as she leaves for home.

The feeling is mutual.

"I love medicine. Medicine is great," Hill says with a big smile. "When you sit in the exam room, interact with patients, you operate, you do those things that we were trained to do, it's awesome."

And how does Hill feel the Affordable Care Act impacted that bureaucracy?

"I thought it was going to be a disaster. And I was right."

Doctors have long complained about any rules and regulations that take them away from providing care for their patients. But for Hill, the Affordable Care Act took things too far.

"The ACA took this terrible broken health care system and added a lot of burden onto physicians," Hill says. "We're losing the focus of who we're supposed to be taking care of-- the patient. You're not my customer anymore. Now I've got to respond to the federal bureaucracy, not you."

Jamie Thomas hears a similar refrain from doctors every day. He's the vice president of recruiting for the Atlanta office of the Medicus Firm, which places physicians in new jobs.

"Older physicians or physicians that have gone into it as a passion want to have the continuity of care for their patients that I think they feel is jeopardized in this system," Thomas says.

"They tell us the Affordable Care Act has negatively affected their reimbursements, there are added non-clinical duties and paperwork and they've got to see more patients to keep up with expenses. And it kind of drives their practice away from how they've created it, which was spending time with patients."

Over in Dayton, Ohio, family doctor Dr. Arvin Nanda has a different take.

Even though his practice of 18 years can't afford to take patients on Medicare and make ends meet, he still sees a significant benefit from the legislation.

"The Affordable Care Act has been beneficial to the poor, less fortunate in our city. They cannot afford medications, treatment and testing," says Nanda.

"The ACA was never meant to be a finished product. It was meant as a place to start by covering more people with health insurance."

Nanda echos the stance of many of the major medical associations, which have sent letters to President-elect Donald Trump asking him not to repeal the Affordable Care Act without a solid replacement in place.