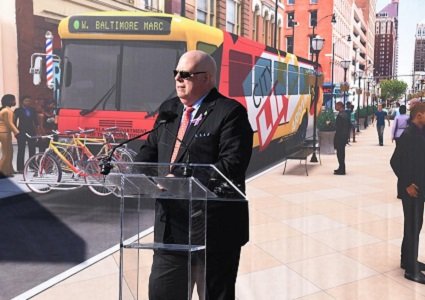 “Making Maryland safer begins with making sure that we have a criminal justice system that holds offenders accountable for their actions and the harm they cause, while also supporting victims and the community in the process of healing,” said Governor Hogan. “The Justice for Victims Initiative we are announcing today is bipartisan, common sense legislation that will help protect the most vulnerable among us, improve services for the victims of crimes, and help us reduce and prevent the number of future victims of crime."

"The voices of crime victims and survivors are making our nation a better place to live, and making for a more just and fair society," said Roberta Roper. "To achieve positive change, someone has to listen and someone has to take action to change old behaviors and fully apply the law. We thank Governor Hogan for listening and making positive changes."

The proposals announced by Governor Hogan build on a strong record of protecting and supporting victims of crime in Maryland. During the 2016 legislative session, the Hogan administration worked closely with the legislature to enact the Justice Reinvestment Act, a landmark criminal justice reform law that includes key provisions to strengthen victims’ rights, including reforming the restitution system to ensure offenders repay victims for financial losses caused by their crimes.

The governor recently announced $46 million dollars in grants to directly aid victims of crime, which fully funded all eligible requests from victims’ service providers across the state. In April 2016, the Hogan administration convened the first-ever governor’s statewide Victim Services Conference to share best practices and resources among victims’ service providers.

The Governor’s Office of Crime Control & Prevention has also joined with the Office of the Attorney General to survey 135 law enforcement agencies on the handling of sexual assault evidence kits in an effort ensure that justice is served in every case of sexual assault.

Repeat Sexual Predator Prevention Act of 2017: Governor Hogan announced this bipartisan measure, modeled after legislation put forward by Senator Brochin during the 2016 legislative session, which will allow courts to admit evidence of a defendant’s prior history of sexual assault convictions during prosecution for subsequent sexual offenses. Data shows that many sexual predators follow patterns of behavior, and this proposal will ensure that prosecutors have the tools needed to bring these criminals to justice.