Americans, not Moscow, are sending Trump to the White House 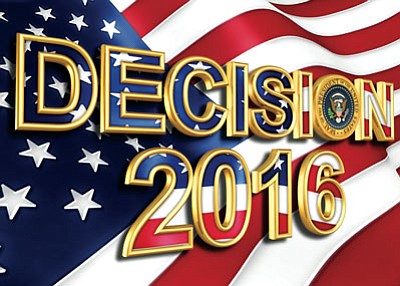 Instead of dwelling and laying blame on others, Americans must not lose sight of the bigger picture: our country cast its votes on election day, those votes were tallied, Donald Trump won and is going to be serving as the next President of the United States of America Metro Creative Graphics

(NNPA) — Let’s distinguish fact from fiction and separate out whining from winning. Vladimir Putin did not elect Donald Trump to serve as the next president of the United States. The American public did.

Like it or not, Mr. Trump is our official President-elect, and it’s past time for brokenhearted Clinton voters to accept this reality and help our country move forward.

The fixation of some people to desperately look for a Russian scapegoat to blame for Donald Trump’s presidential election victory is further deepening already hyper-polarized political divides, a painful wedge that chips away at U.S. solidarity and undercuts the notion of a “United States” of America.

On Friday, January 20th, Donald Trump will take the presidential oath of office as a result of a strategic, successful and laser-focused plan that targeted the states Trump needed to win the electoral vote.

Americans who preferred other presidential candidates to Trump should accept the official outcome of the election results, and stop woefully harping on Hillary Clinton’s win of the popular vote. It’s not how our system works, and not a good look for Democrats.

Instead of dwelling and laying blame on others, Americans must not lose sight of the bigger picture: our country cast its votes on election day, those votes were tallied, Donald Trump won and is going to be serving as the next President of the United States of America.

To be clear, there is zero evidence incriminating the Russians in hacking American voting machines and thereby swaying the election. There is no proof to show that a single actual votes cast by an American was tampered with or impacted by the Russians.

According to an assessment publicly released by the U.S. intelligence community on January 6th, “Putin and the Russian Government developed a clear preference for President-elect Trump.” So what? Every country has preferences based upon policy positions and personalities of other nations’ leaders. Again, that does not provide even the most remote basis upon which to claim that Moscow impacted the number of American votes cast in favor of Donald Trump.

What matters is the mathematical bottom line. Clinton lost the critical votes in the key states necessary to win the election. Game over.

It is time for some disgruntled voters and dishonest media pundits to stop this feckless speculation and make a concerted effort to transition to this next American chapter under President-elect Trump. The mainstream media should take some responsibility for continuing to stir this emotional pot.

The press, which has openly expressed its disdain toward Trump, continues its relentless obsession with churning out story after story and headline after headline alleging that Russian hacking is somehow the reason for Trump’s win.