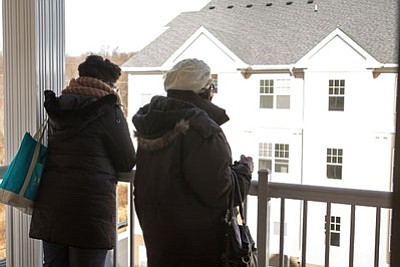 Baltimore residents have until March 31, 2017 to apply for a housing voucher. The federally funded program will close after that date until at least 2020. Courtesy Photo/Baltimore Regional Housing Partnership

BALTIMORE — Demand for the Housing Choice Voucher program assistance has outpaced supply of the federally funded vouchers, a dilemma that has led the Baltimore Regional Housing Partnership to close its waiting list for applications. The nonprofit will stop taking applications for the vouchers on March 31, 2017.

“We made the hard decision to close the waiting list so we could not create false expectations for families already on the list or those who will want to apply in the future,” Alison Bell, the Baltimore Regional Housing Partnership’s executive director, said in a statement.

The waiting list already has more than 10,000 families because of the limited availability of the vouchers.

Currently, the organization provides about 3,500 families with housing vouchers, paying rental assistance on their behalf. Last year, the program provided about 400 additional families with vouchers and it anticipates helping at least that many this year and in 2018, according to Bell.

“Unfortunately, there are people on our waiting list who may never receive a voucher and the opportunities available through our housing mobility program,” she said. “The federal government gave our program a limited number of vouchers, and although we would love to be able to provide assistance for many more families, we are only able to serve as many as the federal government funds.”

The organization will not consider reopening the voucher waiting list until at least 2020.

Formerly known as the Section 8 program, the Housing Choice Voucher program is federally funded and a locally administered initiative, which helps low-income families, people with disabilities and the elderly to afford housing in the private market. The program provides a housing subsidy on a participant’s behalf to private market landlords to help pay a portion of the rent.

This is the first time the waiting list has ever been closed. Bell noted that placement on the waiting list doesn’t affect a family’s eligibility for any other affordable housing programs. Also, it is separate from the Baltimore Housing Mobility Program, which was created by the historic Thompson v. HUD housing desegregation class action lawsuit filed on behalf of 14,000 African-American public housing residents in Baltimore who sought to eradicate the legacy of nearly a century of government-sponsored racial segregation in the region that had left poor Black families locked in neighborhoods of concentrated poverty.

A partial settlement was reached in 1996, and the program began serving families in 2003. A final settlement of the lawsuit was approved in November 2012 and set a limit of approximately 4,400 vouchers for the program.

Baltimore families seeking housing can still apply for homes in the city’s public housing complexes even as Bell cautioned that there is a lengthy waiting list there, as well.

“There is clearly an affordable housing crisis in Baltimore and the need far outpaces the availability of affordable, safe housing,” Bell said. “We urge the federal government to consider additional support for the housing voucher program to meet this urgent need both here in Baltimore and around the country.”

Interested families may still pick up an application at the BRHP’s office, which is located at 20 South Charles Street, Suite 801, in Baltimore from 8:30 a.m. to 5 p.m. Monday through Friday. Families may also download an application at www.brhp.org or call BRHP’s application line at 667-207-2102. Mailed applications must be postmarked on or before March 31, 2017.