Putting the 'active' in activism: How to get kids to step up and get involved 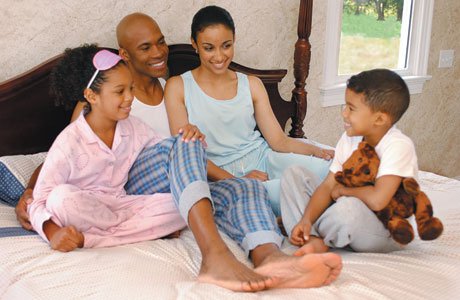 (CNN) — Katie Danziger, a mom of three in New York City, remembers when her daughter, a college senior, called last year as there were demonstrations around racial issues on campuses across the country.

Her daughter asked what she should do.

"I said, 'It's really important that you are there,' " said Danziger, chairman of the board of Planned Parenthood in New York City. "Not that you click the 'Like' button on Facebook, not that you take a picture, but actually you need to be present because there are certain things where having the visual of how many people are standing there in solidarity is important.

"It doesn't mean you have to be the organizer all the time, but it's important to show up," Danziger remembers telling Jilly, her middle child.

And so Jilly attended that event on campus, and called her mother after to say how amazing it was to see so many people coming together, and how glad she was to have participated.

She's now planning to join her mother and hundreds of thousands of women and men expected to march in Washington and in cities across the country, many along with their sons and daughters, the day after Donald Trump is officially sworn in as the country's 45th president.

"I think sometimes you sit behind your computer and I think you feel like ... it isn't really going to make a difference," said Danziger. She tells her kids, ages 10, 21 and 23, they need to remember to "be present."

"You have to write the letter, not just click the petition. You have to make the phone call. You have to be at the march because it's very powerful."

After one of the most divisive presidential campaigns in modern history, and when the incoming president has one of the lowest approval ratings for a new commander-in-chief in recent memory, parents are urging their children to engage in their world, and more than they did as young people.

"I understand that there is a difference, sometimes subtle, sometimes huge, in volunteerism and activism," said Carolyn Munson, a pre-K teacher and mother of two in Decatur, Georgia. "Now is the time for activism. Take that root word 'active' and go all-in for something."

Munson will be marching in Washington with her 16-year-old daughter, Ellie. "This election has been like no other and I hope desperately that Ellie will never see such a divisive mess again. She's 16 and this is a pivotal time," she said.

Her only concern about bringing her daughter to an event that could draw more than 200,000 people is the possibility her daughter will see graphic visuals regarding abortion held by people protesting the march. Organizers of Saturday's march list reproductive freedom among the event's values and principles, including access to abortion.

"Being pro-choice doesn't mean we are pro-abortion," Munson said. "It only means we have the right to choose what we want to do with our own bodies."