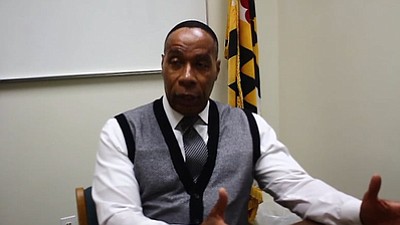 Here in Baltimore, the Maryland Center for Veteran Education and Training (MCVET) is one program that has worked tirelessly to provide those former service men and women a place to live, a system of support and job training.

Unfortunately, the U.S. Department of Housing and Urban Development (HUD) has defunded more than $1.2 million in funding from MCVET, causing the organization to pursue other sources of revenue to maintain the integrity of the services.

Funding cuts have affected organization’s like MCVET across the country, reflecting a national shift away from allocating funds away from transitional housing services and toward permanent housing support.

“HUD came out with a mandate encouraging programs to be a housing first model. But, we are not,” said Jeffrey Kendrick, the executive director of MCVET. “There were low barriers for individuals who are residing in programs that are housing first to prevent them from being on the street.

“In order to cooperate with the HUD mandate, we would have to turn transitional housing into permanent housing and we have a zero-tolerance policy here which means we don’t allow alcohol or drugs although we do provide training programs and recovery,” Kendrick said.

HUD funding ended in November and MCVET officials say they couldn’t compromise their already successful program even though it meant losing the funding which they’ll now have to make up some other way, perhaps with individual or corporate donors.

“It’s very adverse for us because we may have to reduce the number of staff which is 47-employees right now and we’d also have to reduce our 249-bed facility,” he said.

Established more than 20 years ago, MCVET houses homeless veterans many of whom arrive with drug or alcohol problems.

New clients are required to attend 90 alcoholics or narcotics anonymous meetings for 90 days. After that, they must attend five meetings a week, which is similar to a traditional 12-step program as part of a long-range plan used to help residents stay drug free. These programs are also open to the public, according to Kendrick.

“This is not an easy program,” he said. “A veteran can come here and earn a degree or diploma, but if he or she doesn't work the program, they may have a diploma or degree, but they’re still homeless.”

There are three levels of residency at the center— emergency housing, transitional housing and Single Room Occupancy. The veterans receive stipends and 20 percent of the stipend pays their rent. Residents are required to put 30 percent of their stipend into a savings account.

The Center has resources to help the veterans, from the Veterans Administration, and Healthcare for the Homeless. It also works with various schools through classes funded by the Department of Labor.

Average attendance is two years, although some leave earlier while others stay longer.

“With the cut in funding, it means that we may also have to reduce the amount of services for veterans in the program; we may have to let some of our case managers go; and we provide three meals a day and that must be cut as well,” Kendrick said.

Still, and despite a recent meeting with HUD officials, Kendrick said MCVET refuses to sacrifice its zero-tolerance policy because the best way to prepare veterans for permanent housing and fulltime employment is to address the problems they may be experiencing that initially led them to homelessness.

To try and make up for the funding, Kendrick said he’s hired a grant consultant and they’ve reached out for private funding.

“As of right now, we have strong support from the VFW, the American Legion, and others,” he said. “The real danger is that we are the only program in the entire nation to provide the type of services that we do. The bottom line is if this [lack of funding] continues, we could be in danger of closing.”

For information or to make a donation, visit: www.mcvet.org.