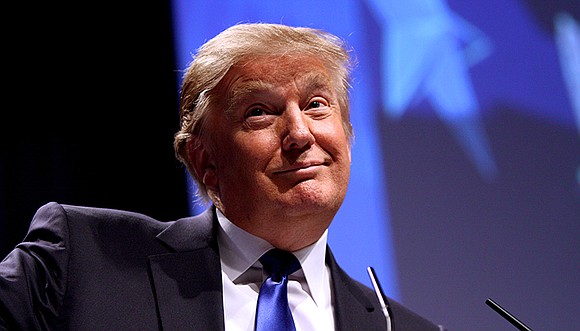 It's not the imagery one might expect from a President who promised to bring private sector competency to governing.

But in temporarily halting immigration from seven Muslim-majority countries and suspending the Syrian refugee program, President Donald Trump and his team acted more like he did as a fly-by-the-seat-of-his-pants candidate than an orderly CEO, giving little direction to those expected to interpret and carry out orders that have real world consequences.

"You have an extreme vetting proposal that didn't get the vetting it should have had," Republican Sen. Rob Portman told CNN's Jake Tapper on Sunday's "State of the Union."GOP senator: Trump's travel ban 'wasn't properly vetted'

"As the result, in the implementation, we've seen some problems," he added.

Problems on policy, and a political quandary for the President's fellow Republicans.

Since Trump was elected, congressional Republicans from leadership on down have been preparing to deal with an unconventional President. Many GOP sources say that means picking their battles -- not criticizing every controversial move he makes. But even Republican sources who say they wanted to be supportive of what could have been a popular move aimed at making Americans more safe, say they felt compelled to condemn it because it was handled so poorly.

"I think it's a good idea to tighten the vetting process. But I also think it's important to remember that some of our best sources in the war against radical Islamic terrorism are Muslims, both in this country and overseas," said Senate Majority Leader Mitch McConnell.

Senate Foreign Relations Chairman Bob Corker, who tries to be supportive of Trump, said in this case the "executive order has been poorly implemented."

He told CNN's Phil Mattingly Monday he found out about the Trump policy move through press reports.

"I think they know it could've been done in a better way and my guess is they're going to try and clean it up," Corker said. "They probably learned that communication and the inter agency process would probably be helpful."

The White House talking point in the wake of chaos and criticism is that it had to be a close hold.

"If we announced this a lot earlier it would have given people plenty of time to flood into the country who planned to do us harm. That's not a sound strategy. The people that needed to be kept in the loop were kept in the loop," said White House spokesman Sean Spicer on Monday.

Yet even the GOP House Homeland Security Chairman Mike McCaul -- who backed the idea in general -- wasn't consulted either.

"I think the effect will probably, in some areas, give ISIS some more propaganda," said Senate Armed Services Chairman John McCain.

One GOP lawmaker concerned about Trump's actions found a silver lining, noting that this is an early signal to worried Americans that checks and balances can work. Five courts temporarily blocked the President's order on travel restrictions, and while Congress hasn't passed legislation, they did voice loud concerns.