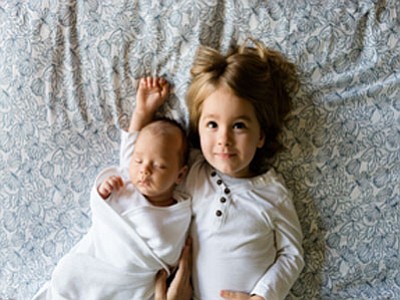 (CNN) — Facebook is often used to keep in touch with old friends, but for Nicole Belkin, it was the tool that reunited her with her long-lost brother.

Belkin, who now lives here in Las Vegas, was born in South Carolina and given up for adoption, growing up in Long Island and Miami.

She says she had a childhood with a supportive adoptive family, but once she reached middle school, she began to ask questions.

"I'll never forget the day I was sitting the back seat of the car," Belkin says. "And I asked my mom why I didn't look like the rest of family. That's when they told me I was adopted."

It wasn't until Belkin turned 18 that she learned she had a brother named Jason.

She was able to find and meet both of her birth parents, but after searching multiple public records, ran into dead ends finding Jason.

Turns out, Jason, who lives in Charleston, South Carolina, had also been searching for his sister.

And after 4 days, she got a match. Jason's friend found the post and tagged him. He had his adoptive sister reach out to Belkin, and after figuring out more details, she found out it was the right Jason.

"It was the happiest day of my life," Belkin says.

She and her brother have been chatting every day, and they don't want to waste any more time.

Belkin is looking to fly to Charleston to meet him this week. But finances are tight, and Nicole has a GoFundMe page so she and her brother can go back and forth to see each other.

They both hope their story will inspire other adoptees to never give up trying to find their birth families if it's something they want to do, and social media can be a tool in doing that.