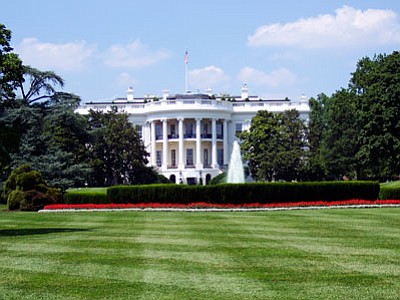 As the president and CEO of the Thurgood Marshall College Fund (TMCF), I’m spending a good amount of time working to build strategic, government alliances that extend beyond our traditional Democratic support. If you’re wondering why, all you need to do is look at a map of where America’s Historically Black Colleges and Universities (HBCUs) are located.

The fact of the matter is that a majority of TMCF’s 47 member-schools are clustered in southern and midwestern states completely controlled by Republicans. By that, I mean states where the governor, both U.S. senators, both chambers of the legislature and most of the U.S. House members are Republican.

If those statistics don’t jump out at you, maybe these facts will. Many of our institutions of higher learning are in desperate need of not just operating dollars, but serious capital infusions to the tune of hundreds of millions of dollars.

Earlier this year, for instance, Grambling State University President Rick Gallot announced that his school will need to abandon the campus library— an unprecedented decision for a university seeking to expand its national imprint in research and training for its students. Gallot’s announcement came almost exactly one year after Louisiana's state auditor reported nearly $111 million in deferred maintenance at another Louisiana public HBCU campus, Southern University in Baton Rouge.

The people who currently hold the purse strings— both nationally and on a state level— are, in most cases, Republicans. Yet, some will still suggest that we not even talk to those elected leaders, because of their party affiliation.

When the media released photos of our meeting at the White House with President Trump, some derided it as just a “photo-op.” Tell that to the administrators who were wondering how they’d possibly fill the gap in funding should their already strained budgets face sudden, drastic cuts.

We’re simply not able to pick and choose whom we engage with. We saw firsthand a couple months ago how positive strategic engagement paid off when I worked with our member-school presidents and chancellors to ensure that their federal budget dollars would not be cut in President Trump’s first budget proposal.

Working with the White House, through open communication and lots of effort, HBCU leaders and I were able to deliver flat funding for HBCUs in the upcoming fiscal year budget. Flat funding is a big win, considering President Trump proposed a 13.9 percent overall funding decrease in federal education dollars this year.

But that’s not the end of it. With so many capital needs, we must ensure Washington doesn’t cut the vital capital financing program that provides about $20 million a year to support more than $280 million in capital financing for our schools.

The need to work across the aisle extends beyond just elected officials. In January, TMCF announced a $25.6 million gift from the Charles Koch Foundation and Koch Industries. This generous gift was a direct result of proactive outreach I initiated with Mr. Koch, a man often associated with support of conservative and libertarian causes. What I found by having a dialogue with him is that we share a deep concern about the impact of over-incarceration and lack of educational opportunities that disproportionately impact fragile communities. Together in January, we launched a new, HBCU-based research institution, known as the Center for Advancing

Opportunity, that is studying barriers to opportunity in those communities.

In reaching across the aisle, we should never forsake our historic alliances. But for the sake of the young people our HBCUs seek to educate, we must also realize the need to grow new and different alliances.

Johnny C. Taylor, Jr. is the President and CEO of Thurgood Marshall College Fund (TMCF), the largest organization exclusively representing the Black college community. Prior to joining TMCF, he spent many years as a successful corporate executive and attorney. Follow him on Twitter at @JohnnyCTaylorJr.