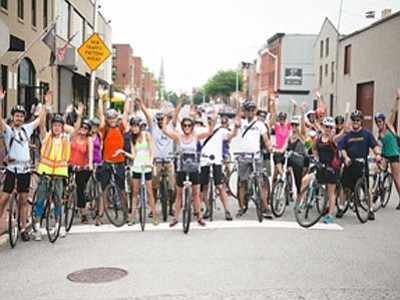 The third annual Bikes & Beers was held on Saturday, June 24, 2017. The event, which focuses on local craft beer and the benefits of cycling, included a 15-mile and a 30-mile ride starting from the Union Craft Brewing company in the Woodberry neighborhood in Baltimore. During the event, The Justice for Children Foundation, a charity co-founded by Attorney Howard Spiva used the opportunity to bring attention to the foundation’s program, which gives free bicycle safety helmets to children and promotes bicycle helmet safety. Courtesy Photo

The third annual Bikes & Beers event celebrating the biking community in Baltimore went off without a hitch on Saturday, June 24, 2017, according to organizers.

Bikes & Beers, which focuses on local craft beer and the benefits of cycling included a 15-mile and a 30-mile journey starting the Union Craft Brewing Company in the Woodberry neighborhood.

Organizers say they strongly believe in bicycling as a safe, comfortable, and smart choice for transportation and recreation. The event benefits a charity that works to improve policies, laws, and infrastructure.

During the event, The Justice for Children Foundation, a charity co-founded by Attorney Howard Spiva, brought attention to the foundation’s program, which gives free bicycle safety helmets to children. 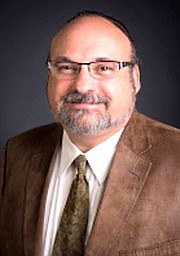 Attorney Howard Spiva’s “Helmets for Life” program has provided countless free safety helmets to families and he is reaching out across the country to help further the cause.

Spiva’s “Helmets for Life” program has provided countless free safety helmets to families and he is reaching out across the country to help further the cause.

“There are multiple reasons why we don’t see 100 percent participation in wearing helmets. For some people, it may just be the inconvenience, others may think that the appearance might make them appear un-cool or goofy or some kids might think it is not tough to wear helmets,” Spiva said.

However, he noted those reasons can easily be defeated because there are so many different models, styles and colors of helmets available today. In everyday life, helmets play a huge role in safety, he said.

If money poses an issue, Spiva noted that his foundation has free helmet giveaways for children, and information can be found at www.Headsinhelmets.com.

Spiva also noted that his message to parents is to let children know helmets are “cool.”

That message has been passed along in TV and radio interviews Spiva’s charity has taken part in throughout the country.

“We attend community events, parades, schools, churches [to] promote helmet/safety. [We provide] information so that parents and others may learn how important helmets are in preventing traumatic brain injuries and deaths,” he said.

While formal races like “Bikes and Beers” often require participants to wear helmets, hundreds of cyclists are killed each year in traffic accidents and the majority involve serious head injuries, highlighting the importance of wearing a bicycle helmet, according to Spiva.

By law, only riders 16 and under are required to wear helmets and only 22 states have statewide laws regarding mandatory helmet use by minors.

Further, studies by the Center for Disease Control and Prevention (CDC), and the Pediatric Association have revealed that when helmets were undated for bicycles, traumatic brain injuries went down by 75 percent and fatalities dropped 85 percent.

“Simply the padding and cushion of a helmet lessens the impact to the skull. Less trauma equals less damage,” Spiva said.

Raising awareness has been a part of Spiva’s mission but he says the message is clear.

“I think there’s plenty of information out there on helmets and safety. People just live busy lives and have lots of distractions,” he said. “All of us deal with emails, text, phone calls, radio and TV commercials and the challenges of daily life. We probably have too much information coming at us.”

“We have to find a way to get the message to bicyclists, parents and kids that helmets prevent 75 percent automatic brain injuries and 85 percent of deaths.”