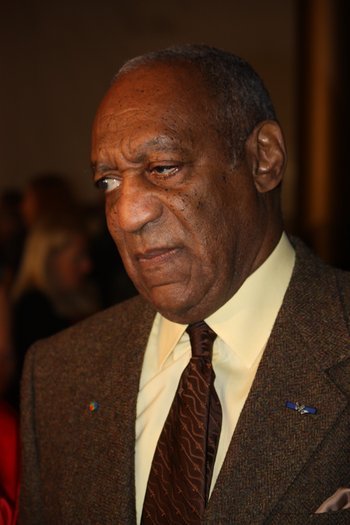 The famed comedian stood trial in June on three charges of aggravated indecent assault for allegedly drugging and sexually assaulting Andrea Constand at his home outside Philadelphia in January 2004.

Judge O'Neill declared a mistrial in the case after jurors said they were unable to come to a unanimous verdict on any of the charges.

The trial was light on forensics and largely relied on the testimony of Constand, who worked as the director of basketball operations for Temple University's women's basketball team at the time.

She said Cosby, a powerful alum at the school, mentored her and gained her trust in order to take advantage of her. He gave her a pill that incapacitated her and then digitally penetrated her, she testified.

Cosby, 79, did not testify in his own defense during the trial. His defense attorneys attacked Constand's credibility, pointing out inconsistencies in her testimony on dates and details. His attorneys said that the sexual contact did occur but that it was part of a consensual relationship.

Jurors were sharply divided in the case and reported being "hopelessly deadlocked" on a verdict. One juror who spoke with CNN afterward said that a retrial would be a "waste of money" because "there's no new evidence."