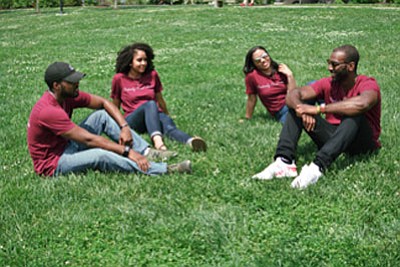 It’s not their SAT scores, straight A’s through school, “smart genes,” natural intelligence or attending a prestigious university— the only difference between successful people and unsuccessful people is grit and mental resiliency.

Grit, by definition, is strength of character. It’s the persistent desire to overcome obstacles and adversity through discipline, passion and resilience. The Art of Grit exists in all human beings and it’s our job to find this hidden power to achieve our goals, ambitions and desires in life. Anyone can develop grit and mental resiliency, which virtually means anyone can be successful.

An article a while back about a study conducted by Angela Duckworth, a researcher at the University of Pennsylvania, who wanted to find out the attributes that determine whether cadets entering classes at the United States Military Academy, West Point would be successful or not. During their first summer on campus, the class is put through harsh assessments called “Beast Barracks,” to test each cadet’s mental, physical and emotional limit. Many people automatically presume that the cadets who were bigger, faster, stronger and more intelligent were the ones who were successful in completing this training. This was not true.

Here is what she found out: It wasn’t their strength or mental capacity that accurately predicted if a cadet would complete the brutal tests— it was their grit or mental resiliency.

It was their perseverance, consistency and passion to achieve their long-term goals that truly made the difference.

It’s stated in the research that cadets who scored higher on the Grit Scale were 60 percent more likely to finish the Beast Barracks as opposed to their peers.

It was their mental resiliency and pure will power that separated the successful cadets from the unsuccessful ones. It had nothing to do with their natural talent, genetics or even intelligence.

What does this mean? This means the power to become successful in every aspect of your life stems from the persistent desires that are literally embedded in every human being.

You don’t have to be more courageous, more talented or even more intelligent to be mentally tough— you just have to be consistent. If there is a goal or something that you want to accomplish, continue to remind yourself that the power to achieve is within all human beings.

Once you realize the true power that exists within you, you will become unstoppable in every aspect of your life. Regardless of how many obstacles the world may throw at you, continue to stand strong and tall without backing down. Your life is a series of small steps toward a larger goal. Consistency, mental resiliency, grit, passion, perseverance and discipline are the attributes of every successful human being.


Finding this extreme willpower and building mental resilience is critical in order for you to become the best person that you are destined to be. The power already exists in you; now it’s your job to pull it out and use it to the best of your abilities.

Positively Caviar, Inc. is a 501(c)(3) not-for-profit organization focused on intensifying the message of positivity and optimism in our digitally centric lives in the Mid-Atlantic region. Each month the Nucleus Team will publish a column that focuses on mental and physical health tips, scientific studies, nutrition facts and stories that are positive in nature to support a purposeful and positive lifestyle. To learn more about Positively Cariar, Inc., visit: staybasedandpositive.com