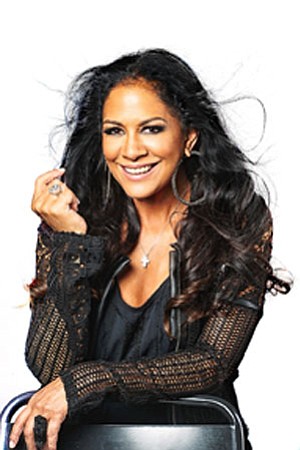 The 36th annual Artscape returns to Baltimore on Friday, July 21, 2017, and organizers are ambitiously optimistic that attendees will discover the best the festival has to offer during the three day event.

With the theme, “Camp Artscape: Adventure Awaits,” organizers of the three-day event are encouraging artists and festival-goers to step out of their comfort zone and have a new experience.

“One of the things we’re most excited about is our theme and seeing it play out across Artscape’s visual and performing arts programming,” said Kathy Hornig, the festival’s director.

This year’s headliner on Friday, July 21 is legendary percussionist and singer Sheila E, who is scheduled to perform at 7:30 p.m. Other musical guests include Gypsy punk group Gogol Bordello and Robert Randolph & The Family Band.

“We are also excited to have dance return to Artscape in the Modell Performing Arts Center at the Lyric,” Hornig said. “The Argentinian dance sensation Che Malambo will perform their world-renowned show at 1 p.m. and 6 p.m. on Saturday and Sunday, completely free and open to the public,” she said.

Also returning this year is film, with a free feature presentation and short films at the newly opened Stavros Niarchos Foundation Parkway theater.

Art Cars will have eight new automobile works of art and the Art Car parade has been scheduled for 11 a.m. on Saturday with vehicles gathering at the American Visionary Art Museum. A caravan will travel through the city to Artscape.

However, the camp theme has organizers most excited, Hornig said.

“One of the reasons we chose camp as the theme is that summer camp is all about stepping out of your comfort zone and experiencing something new,” she said. “This year, we challenged our artists to do the same, and the result was astounding. Our large-scale art installations reflect many different interpretations of camp, like ‘Let’s Build a Big Campfire!’—a 20-foot tall sculpture of a campfire made of steel and logs complete with a giant marshmallow on a skewer; and ‘Camp Ready,’ which asks festival-goers to think about preparedness and the necessary skills for everyday survival.”

Other new components include a portable gallery for the winner of The Fred Prize, built by Open Works, according to a news release.

The winning student artist, Brian High, who is a junior at the Baltimore Design School, will have his own curated show in a brand new portable gallery on the median of Mount Royal Avenue.

Also on Mount Royal Avenue is a camp-inspired teen space from BOPA’s Youth Arts Council to promote conversation and friendship.

At Artscape’s newest space, the Charles Street Camp Site, festival goers can soak up the sun in Adirondack chairs, taste camping-inspired eats and connect with fellow campers, according to Hornig.

Attendees will also be able to take a meandering stroll amongst three interactive artworks along the camp-themed Charles Street Trial.

Kidscape, Artscape’s area for its youngest festival-goers, will be located at a new spot this year at Pearlstone Park and will include Camp NASA: The Universe Awaits, programming from NASA featuring educational, interactive and hands-on activities for would-be space explorers of all ages.

In addition to live music, Artscape has a full schedule of performing arts including street theater performances on the steps of the MICA Main Building at 1300 West Mount Royal Avenue and spontaneous pop-up performances festival-wide all weekend long.

An eclectic offering of theater, jazz and opera performances take place at the Theatre Project at 45 West Preston Street and The Brown Center at 1301 West Mount Royal Avenue, as well as classical music and organ concerts at Corpus Christi Church at 110 West Lafayette Avenue.

The Baltimore Symphony Orchestra (BSO) and Baltimore City Public Schools also will partner to present a full weekend of activities featuring the BSO, Orchkids, and the music, dance, and art of City Schools students.

For updates on Artscape and to see the complete schedule of events, individuals can download the free Artscape Mobile App where they can create a customized schedule, see what’s new for 2017 and view “In the Neighborhood” events and deals. For more information about Artscape, call 410-752-8632 or visit: www.artscape.org.