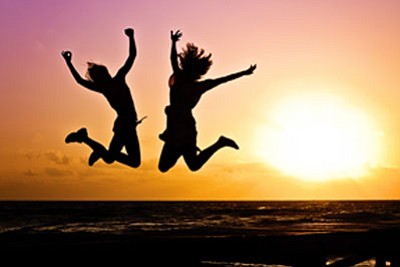 Some people are just too much, as the story goes or too “extra,” in the parlance of today’s youth. That is, they are more than the status quo can take. They challenge the norms, they are unapologetic, and instead of rejecting it, as is often expected, they remain fiercely committed to their difference. Instead of embracing this attitude, we ridicule and we reject people who are too much.

However, isn’t it precisely those over-the-top people, those creative innovators, those “unruly” people, who are most needed in our world today?

Instead, we minimize, dismiss and marginalize those who don’t fit nicely into our binary definitions of whatever the issue may be. Not skinny? You’re too fat. Too thin? You’re anorexic. Too optimistic? You’re naïve. Too somber? You must be clinically depressed. Ask for what you want? Too pushy. Don’t ask? Not assertive enough.

While this binary-thinking problem afflicts the United States as a whole, it is perhaps most acutely on display when we talk about gender. Women who embrace their sexuality are too slutty. Women who refuse to succumb to prescribed notions for post-40s dress are too old. Women who lead are bossy. During the 2016 presidential campaign— and through all of her previous campaigns— Hillary Clinton was repeatedly described as “shrill” whenever she got animated about a topic. Yet, male candidates often talk loudly (and, as Donald Trump demonstrated during the debates) and over female candidates, this pejorative is not used to describe them.

And, before I am accused of some radical man-hating agenda, I completely acknowledge that women are part of the problem. Writing in Forbes in April 2012, Jenna Goudreau noted how women also find others who are too much to be intimidating. Women who happen to be attractive and also have a successful career and personal life are often persona non grata with other women. Popular culture contributes to this notion that if women with children happen to be successful in any realm outside of motherhood, they are instantly less likeable unless they are that rare breed of super-palatable celebrity moms, like Reese Witherspoon and Jessica Alba. The message is clear: Tone it down, don’t push too much, don’t achieve too much…don’t be too much.

So, what if instead of making fun of the unruly people who are too-this or too-that, we asked what it is about our culture that bothers us so much about someone who smashes the either/or categorizations? What if we taught our kids that not only are people different from one another in terms of looks, interests and abilities but that success looks differently for everyone? In fact, what if we encouraged— no, really, not just in half-hearted, “be all you can be” mantras— all people to go for it? To pursue with passion what excites them? To wear what pleases them? To use their bodies as they desire?

That’s the kind of world I’m up for.

& Criminology and is syndicated by PeaceVoice.