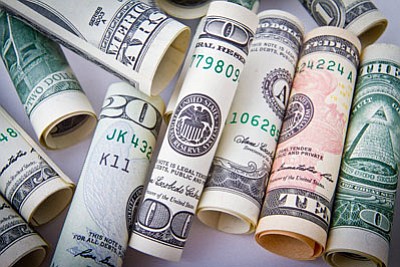 Investors will be keen to see how Whole Foods and Amazon fair following their big merger announcement -- especially how Amazon will impact Blue Apron and other retail stocks.

Chipotle will release its earnings on Tuesday following a new round of bad press: Mice in Dallas and more sick customers in Virginia. Also up: Alphabet, Facebook, Verizon, GM and Boeing.

2) Fed decision. Will Fed chair Janet Yellen pick up the pace on interest rate hikes? Yellen testified a few weeks ago that despite low inflation -- and the "source of uncertainty" that is Trump policy -- the U.S. economy is pretty strong overall. She hinted that the Fed could possibly raise interest rates for a third time this year, but remain low enough to accommodate more growth.

3) GDP. The second quarter was probably much more robust for the U.S. economy than the first quarter -- but not close to the 4% growth that the Trump administration had promised.

Economists forecast that the economy grew 2.7% in the second quarter, up from a tepid 1.4% in the first quarter.