In Season 2, 'Insecure' is more sure of itself than ever 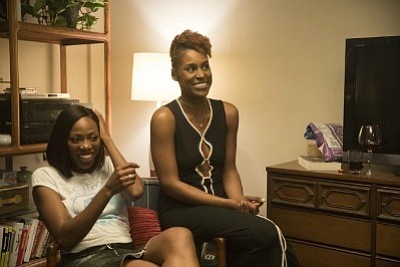 Warning: This post contains spoilers from the Season 2 premiere of "Insecure." HBO

Warning: This post contains spoilers from the Season 2 premiere of "Insecure."

If the second season premiere of HBO's "Insecure" proved anything, it's that the show is more secure in what it is.

The sophomore season picked up three months after the events of the finale, when longtime boyfriend Lawrence (Jay Ellis) finally moved out of the apartment they once shared, signaling their breakup wasn't just temporary.

"We picked that [amount of] time because it felt like it was the right amount of time in a breakup or in your life where you're like, 'Okay, I should start to be over these things,'" showrunner Prentice Penny told CNN in an interview. "You know? You can't keep complaining to your friends three months in."

When viewers first see Issa, she's dating but finding it hard to move forward. Lawrence is still seeing Tasha (Dominique Perry), but it's initially unclear whether he's in rebound mode or truly giving it a go. (By the end of the episode, Lawrence and Issa have spur-of-the-moment wordless couch sex, taking their relationship from complicated to downright perplexing.) And Molly (Yvonne Orji) is working on her emotional growth in therapy but finding it hard to open up.

"We figured out that it's not just Issa's journey that's like that -- Molly has a journey like that and Lawrence has a journey like that," he said. "So, for us, it was, like, what do you do when these things are unresolved and you're kind of masking things? That's what we dive in with Lawrence and the different masks he's wearing with Tasha, and Issa and her life. Again, people not dealing with the core of the pain. Even Molly with the therapy."

The "Insecure" writers room returned to work the day after the first season's explosive finale back in November.

Penny said this transition was helpful because it made the stories feel seamless and at that point have a clear view of what made the first season resonate.

"I think we're not a show that's like, 'How do you make us bigger?' I think the way we become bigger is by getting smaller and getting more specific and getting into the nuance and tinier details of [the characters'] lives," he said.

Indeed that is what earned "Insecure" critical praise in its first season.

Rae's character was a modern 30-something unlike any seen on television to date -- she had flaws, good friends and freestyling abilities that invited viewers into the most private corners of her mind.

Early in its run, it was notable for being the only current show on television created by and starring a woman of color. But as Prentice explained, they never let the pressure of that drive the show because it's impossible to be the voice of an entire population, nor do they aim to be.