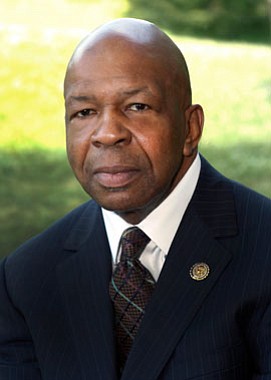 Nearly a decade ago, Clinton Crawley, a Baltimore resident and one of my constituents, was diagnosed with diabetes. Clinton has done everything his doctors asked—he eats well, he exercises and he takes his medication. Although Clinton has employer-sponsored health insurance, the cost of his medication—more than $1,000 each year—places a significant burden on his finances.

Crawley is not alone. Over the past decade, 90 percent of brand name drugs have more than doubled in price. In 2014, U.S. prescription drug prices jumped 13 percent. That year, Americans spent $1,112 per person on medication while Canadians spent $772 and Danes spent $325, and nearly one in five Americans have reported not being able to afford the medication they were prescribed. Simply put, the pharmaceutical industry’s greed is hurting the American people.

The issue of high prescription drug prices has a severe impact on the African American community. As the saying goes, “when America catches a cold, black America gets the flu.” African Americans suffer from chronic diseases at higher rates than other groups.

Crawley’s experience, and those of millions of Americans nationwide, is unacceptable at a time when the 10 highest paid pharmaceutical industry CEOs took home $327 million in a single year. President Trump was right when he said that these companies are “getting away with murder.”

Instead of working with me and Rep. Welch, there are now reports that President Trump is poised to issue an executive order that would grant many wishes directly from the pharmaceutical industry’s wish list. This executive order would be a betrayal of the president’s promise to the American people.

There is something wrong with this picture, and the American people know it. A majority of Democrats, Republicans and independents want Congress and President Trump to make lowering the cost of prescription drugs a “top priority,” and 92 percent of all Americans want Medicare to negotiate for lower drug prices.