Babies may sleep longer in their own rooms, study says 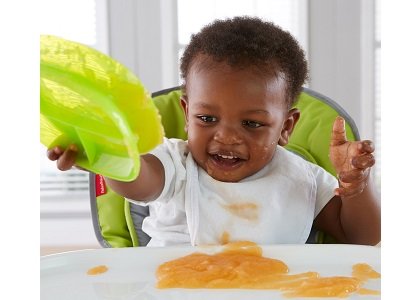 5 Tips to make caring for babies and toddlers easier

(CNN) — The sooner babies get their own rooms, the longer they'll sleep on average, according to a new study that breaks with the recommendations of the American Academy of Pediatrics.

Analyzing surveys from 230 first-time mothers at Penn State, Dr. Ian Paul, a pediatrician, found that babies slept for longer stretches if they didn't sleep in the same bedroom as their parents.

At 4 months, babies who slept alone had the longest stretches of uninterrupted sleep -- by about 45 minutes, on average -- though they slept about the same amount of time as babies who slept in their parents' rooms.

At 9 months, babies in their own rooms slept 40 minutes longer at night and over 20 minutes longer overall, compared with those who were still sharing a room with their parents. Those differences disappeared at 12 months but reappeared later. When the researchers followed up at 2½ years, toddlers who began sleeping alone by 9 months slept 45 minutes longer per night, though total sleep time was roughly the same.

The findings counter the latest guidance from the pediatrics group, which recommends that parents share a room -- but not a bed -- with their infants for at least six months and preferably until they reach their first birthday. The guidelines are meant to lower the risk of sudden infant death syndrome, or SIDS, which may occur while an infant is sleeping.

But while there's evidence to recommend room-sharing with infants for 3 to 6 months, data simply don't support continuing the practice beyond that age, Paul said. Research has shown that nine out of 10 of SIDS deaths happen before the age of 6 months, with the majority happening between 1 and 4 months.

Research has shown that babies who sleep poorly can have a big impact on parents' stress and mental health. Poor infant sleep has also been linked to problems down the line, such as behavioral issues and childhood obesity.

Some experts also believe that moving an infant out of the parents' bedroom sooner could help babies sleep better before they develop separation anxiety, said Paul, chief of academic general pediatrics at Penn State College of Medicine.

A year of room-sharing also seems excessive to Paul and other parents, who may be unsure of when to transition an infant to his or her own bedroom, he added. Indeed, Paul said he was "baffled" when the academy released its recommendation last year.

"Most parents don't want their baby sleeping in their room until 1 year," Paul said. "I've got three of them myself."

The differences between the groups went beyond how long babies slept: Infants who slept in a room alone were also more likely to have a consistent bedtime routine, and they were more likely to go to bed by 8 p.m. Infants 4 to 12 months should sleep 12 to 16 hours per day, including naps, while newborns may sleep much longer, the American Academy of Pediatrics says.