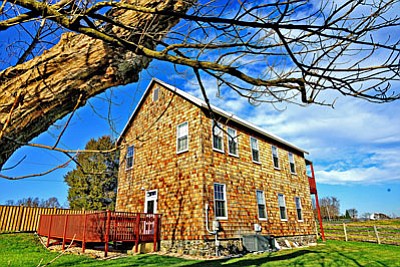 The Juneteenth Celebration on Saturday, June 17, 2017, is part of Hosanna School Museum’s 150th anniversary festivities. Juneteenth is a nationally recognized day that commemorates the end of slavery in the United States and celebrates African American history and culture. Courtesy Photo/Hosanna School Museum

Darlington, Md. — As part of its 150th anniversary, Hosanna School Museum will hold a Juneteenth celebration festival on Saturday, June 17, 2017 from 10 a.m. to 5 p.m. at the museum located at 2424 Castleton Road in Darlington. The festival is free and open to the public.

Juneteenth is a nationally recognized day that commemorates the ending of slavery in the United States and celebrates African American history and culture.

While preparing for this living history presentation, historians and volunteers at Hosanna have discovered new information about Highgate and her role at Hosanna.

"Education and achievement in the African American community are important parts of the Juneteenth celebration," said Iris Leigh Barnes, executive director of Hosanna School Museum. "We welcome everyone on June 17 to help us celebrate— in grand festival style—the anniversary of the ending of slavery and commemorate Hosanna School Museum's 150th anniversary this year. There will be activities for the entire family and a chance to enjoy our beautiful rural setting."

Sponsors of Juneteenth include Harford County Office of Economic Development.

Hosanna School Museum was the first of three Freedmen's Bureau schoolhouses in Harford County. Also known as the Darlington School or Berkley School, Hosanna was built on land owned by James Paca, the son of Cupid Paca, a free African American who bought 50 acres of land from Berkley to Darlington.

The Freedmen's Bureau funded the construction of the two-story frame building, which was used as a school, community, meeting place and church. Operation of the school was assumed by the Harford County School Commissioners in 1879. Hosanna remained active as a schoolhouse for African American children until 1945.

Three years later, in 1948, Hosanna Community House, Inc. (current owner) was formed. The school building was used as a community meeting place until the late 1950s when Hurricane Hazel sheared off the top floor. With limited funds, the board preserved what was left of the building by placing a roof on the remaining structure. After these repairs, the building was once again a community center, although one-story, used primarily by the Boys Scouts.

Significant restoration of the building began in 1983, and the second floor was added in 2005, returning it to its original two-story structure. Currently it is a living schoolhouse museum, attracting visitors from all over the country. The building is also used for community meetings and events.