Life in Baltimore: A look at the Crisis in Black Education, Part I 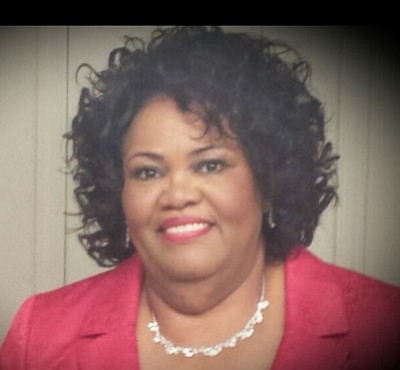 Mary Chavis Radcliffe, retired Baltimore City Public School System administrator, and president of the Julian Chapter of the Association for the Study of African American Life and History addresses the current crisis in black education, which is the organization’s theme for 2017. Courtesy Photo

BALTIMORE — This is Part 1 of three part series about the current crisis in black education.

The 2017 theme for the Association for the Study of African American Life and History (ASALH) is The Crisis In Black Education." Guided by a vision to study and acknowledge the significance of the historical and cultural experiences of people of African descent, the founder, Dr. Carter G. Woodson crafted a plan of action that not only remains relevant in today's challenging environment but essential to our successful continuation and growth.

With the current political environment and the tainted vision of the secretary of education, it is imperative that we address the education of our children.

Across the nation school districts are under siege, especially in urban districts with limited resources, high dropout rates and low graduation outcomes. We have the capabilities to ensure that all students succeed.

This discussion is to provide commentary, which should lead to an immediate call to action.

In the coming months, educators will be interviewed for their perspective on the state of black education. At the conclusion of the series, a community panel discussion will take place addressing these issues.

The first educator to address the questions is Mary Chavis Radcliffe, retired administrator, Baltimore City Public School System and president of the Julian Chapter of ASALH.

BBJ: Do you think that there is a crisis in black education? If so or if not, why?

MCR: Yes, there is a crisis in black education that has its roots in the rationale that was used by Europeans asserting that one’s skin color reduced him to a position of being less than a human being. This notion led to the abduction and inhumane treatment of Africans as they were transported across the Atlantic and forced into involuntary servitude.

Once in America, the founding father of this nation used every vehicle available to keep Africans in slavery. One such strategy was creating laws making it illegal for slaves to learn to read and write. The denial of literacy to slaves set the groundwork for centuries of inequality in this nation that still exist today.

Even after the end of slavery, the establishment of schools for African Americans, the repealing of Jim Crow Laws via Supreme Court Decisions, and the passage of the Civil Right Legislation of the 60s and 70s, there is [still] a disparity between the education available to the majority of African American children and their caucasian counterparts that must be classified as a “crisis.” In this nation, every child has the right to a free, equal education. There is an inequity in the funding of schools across the nation. The monies appropriated for the funding of urban schools are not adequate to meet the needs of the student populations, while rural and suburban schools have sufficient resources to meet the students needs. The quality of the education provided for children should not be based on the socio-economic background or the zip code in which a family lives.

BBJ: What are the main issues facing the education system especially in urban areas?