Jada Pinkett Smith, others connected to Tupac slam 'All Eyez On Me' 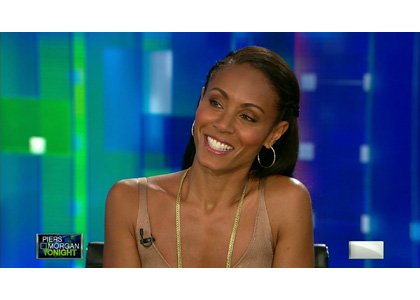 (CNN) — All eyes are on a new film about the life of Tupac Shakur, and some of his friends don't like what they see.

"All Eyez On Me," starring Demetrius Shipp Jr. and Kat Graham, opened in theaters Friday, on what would have been Shakur's 46h birthday, and it's not winning rave reviews from some who knew the slain rapper.

Graham portrays Jada Pinkett Smith, who was a close friend of Shakur's. The pair met as teens when the rapper lived in Pinkett Smith's hometown of Baltimore.

On Friday, Pinkett Smith took to social media to complain about the film, which she called "deeply hurtful."

"Forgive me... my relationship to Pac is too precious to me for the scenes in All Eyez On Me to stand as truth," she tweeted.

Pinkett Smith then went on to tweet some of the things she believes the film got wrong about her relationship with Shakur.

"The reimagining of my relationship to Pac has been deeply hurtful," she wrote. "To @KatGraham and @Dshippjr this is no fault of yours. Thank you for bringing so much heart and spirit to your roles."

The "Gotham" star ended by saying "Happy birthday Pac, you are cradled in my heart for eternity. I love you.."

Rapper 50 Cent bashed the movie on Instagram, claiming that John Singleton, the director of "Poetic Justice," in which Shakur starred, "said it was wack" but the rapper insisted "I had to see it for my self." (A Twitter account connected to Singleton's official Instagram account retweeted Pinket Smith's tweets).

"Man I watched the 2 PAC film, that was some bullst," 50 Cent wrote on the caption to an Instagram posting. "Catch that st on a fire stick."

On Friday the film had a 25 percent rating on the movie site "Rotten Tomatoes."