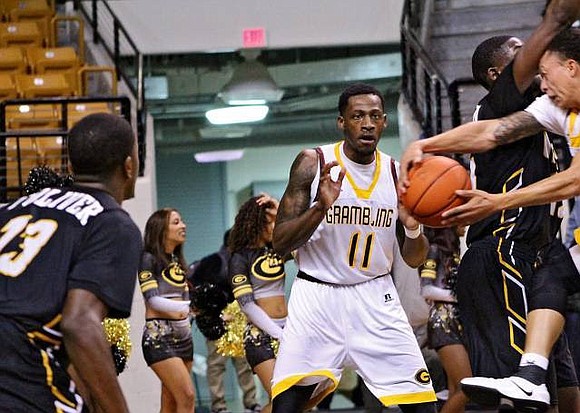 BIRMINGHAM, Ala. – The Southwestern Athletic Conference (SWAC) has recognized Grambling State forward Avery Ugba as the SWAC Men’s Basketball Player of the Week for his outstanding performance during week 16 of the regular season.

Ugba scored 24 points and had 13 rebounds in a 78-58 win at UAPB this past Saturday and followed up that performance by scoring 25 points with 12 rebounds in 84-80 loss at Mississippi Valley State on Monday.

The junior averaged 24.5 points and 12.5 rebounds per game for the week and leads the conference with double-doubles with 10.

The forward ranks 12th in the conference in scoring (13.3 points per game) and ranks first in rebounding (10.0 per game), which is two rebounds per game better than any other player in the SWAC. He also is third in field goal percentage (.554), 10th in steals per game (1.3) and is eighth in steals per contest (0.7).