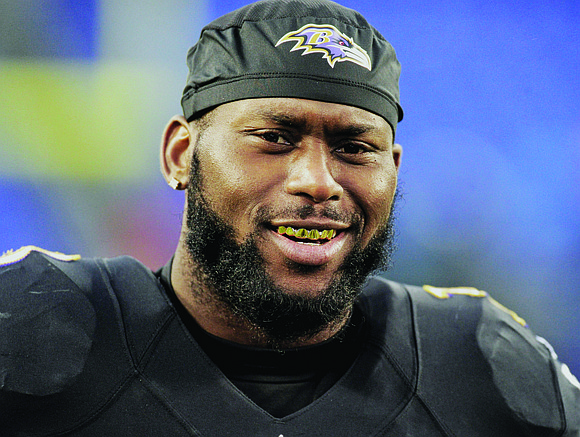 Elam was an All-American safety at the University of Florida after starting for three consecutive seasons. Courtesy Baltimore Ravens

The fall from grace that former Ravens safety Matt Elam has made is a tale that teams have to be wary of as they interview prospects at the NFL Combine this week. Although it is impossible to forecast exactly who will end up in trouble, it is possible to get a feel for a prospect's personality and what drives them to be successful.

Elam was an All-American safety at the University of Florida after starting for three consecutive seasons. He was widely viewed as one of the top safeties in the 2013 NFL Draft class.

The Ravens selected Elam in the first round (No.32 overall) of the 2013 NFL Draft. As a rookie, Elam showed flashes of the talent that made him a top pick. He started 15 games and registered 77 tackles while breaking up three passes and added an interception.

As it turned out, 2013 was the best season for Elam. He took a major step back and struggled to find playing time in 2014. It was a tough year for Elam. Terrence Brooks was the Ravens third

round pick in 2014 and he cut into Elam's game reps. The Ravens coaching staff tried to use Elam as a slot defender in their nickel packages to get him on the field more.

That experiment did not work as it exposed his limited coverage skills. Poor tackling was also a major issue for Elam in 2014. He missed a tackle against a Patriots receiver, allowing him to score a key touchdown in New England's come from behind divisional playoff game that year.

The heat was on Elam to deliver a return on the first-round pick the Ravens used to select him. General Manager Ozzie Newsome was vocal about his expectations for better play by Elam going into the 2015 season.

Elam returned to the Ravens in better shape and appeared to be moving around as fast as he did as a rookie. The Ravens had signed Will Hill and Kendrick Lewis to be the safeties, but Elam figured to see the field in sub packages. Unfortunately for Elam, his season was over before it ended. He tore his biceps during camp and was out for the season.

The Ravens declined to pick up the fifth-year option of his contract in 2016. Eric Weddle signed a large contract with Baltimore and Lardarius Webb moved from cornerback to safety. Weddle and Webb became the starters, pushing Elam to a reserve role once again.

A knee injury during the preseason kept Elam off of the field until November, which led to another disappointing season. The Ravens didn't have any plans of bringing him back in 2017.

The Ravens released the following statement regarding Elam’s arrest: "We are aware of the arrest of Matt Elam," the Ravens said in a statement. "Matt is not in our plans for the 2017 Ravens."

Rest assured, the Ravens will have Elam’s fall from grace in mind when talking to prospects at the Combine.