South Africa plans to fight obesity with a sugar tax 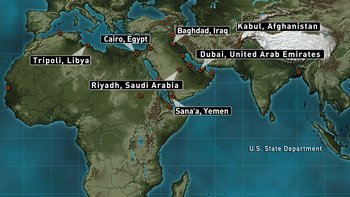 (CNN) — The South African government is planning to implement a sugar tax to help curb the country's growing obesity epidemic.

The problem reflects the global increase in obesity and overweight rates across developing countries, surpassing the rate of obesity in developed states.

The number of overweight and obese people in the developing world has grown from 250 million in 1980 to a billion in recent years, according to the Overseas Development Institute.

In tackling sugar drink prices, South Africa follows in the footsteps of Mexico, France, Hungary and New York, which have pioneered the strategy.

It plans to introduce a 20% tax on soft drinks that will come into force April 1, making South Africa, which has one of the highest rates of obesity on the continent, the first African country to adopt the measure.

Soft drinks have "become part of the national diet"

The consumption of soft drinks has steadily increased in South Africa over the past 50 years.

In a parliamentary debate on the issue, professor Tolullah Oni of the University of Cape Town said that on average, a South African had consumed 254 Coca-Cola-type drinks in 2010, compared with the global mean of 89.

"The marketing messages say it's a good thing to drink these beverages but do not say anything about the risks. So these beverages have become part of the diet and this contributes to the development of obesity."

South Africa's fast urbanization may be one of the reasons for the rise in the consumption of processed foods and soft drinks.

"What South Africa is experiencing is probably not that different from what the UK, USA and other high-income countries have gone through for many years. It's very much that kind of urban, Western kind of lifestyle," he added. "But in places like South Africa, the change is very rapid."

Another unique point about the epidemic in South Africa is that women are disproportionately more affected.

"It's the cultural aspiration that bigger is better," Norris continued.

"It's been a longstanding cultural element on the African continent. In decades past, someone being fat was a good indicator of health, wealth and happiness. That aspect of deception is still prevalent in South Africa. "

Older women and men view fuller women as being better, so that is part of what may drive people's behavior, and it probably starts in early childhood, Norris said.

But he added that this "is certainly changing in the younger generation."