Where do we stand on soy? 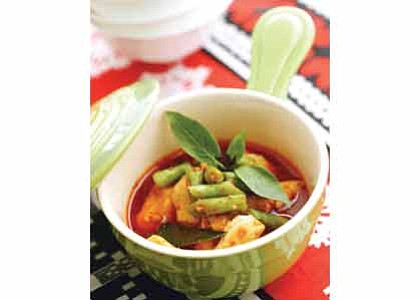 (CNN) — Tofu or snafu? Soy has become a big component of a plant-based diet, but debates have raged for decades over whether soy really produces certain health benefits.

Some studies have suggested that consuming soybeans and soy-based products such as tofu benefits cardiovascular health, weight loss and the prevention of certain cancers.

On the other hand, some studies have suggested that certain components of soy might be linked to stimulating the growth of breast cancer cells. In addition, soy is among the more common food allergies.

What about soy's benefit for reducing hot flashes? There have been conflicting study results surrounding that too, leaving many people scratching their heads about whether soy is good, bad or obsolete.

Here's a look at the controversial history of soy -- and what the science now says about it.

Soy contains a naturally occurring estrogenic compound called isoflavone, which seems to have stirred a storm of confusion around how soy impacts public health.

"Isoflavones are considered phytoestrogens. In other words, plant estrogens," said Dr. Omer Kucuk, a medical oncologist at Emory University's Winship Cancer Institute, who has studied the benefits of soy isoflavones.

Isoflavones are a part of a larger group of compounds called flavonoids, and "there are many, many flavonoids in nature," Kucuk said.

Yet evidence of isoflavones possibly having harmful effects appeared in the 1940s, spurring one of soy's first controversies.

A 1946 study in The Australian Veterinary Journal indicated that sheep that grazed on a subterranean, isoflavone-rich clover in Western Australia experienced fertility issues and breeding problems.

"The breeding problem appears to be of purely nutritional origin," the authors of the study wrote. "A further possibility is the presence in the clover of some substance which potentiates the animal's natural estrogen or abnormally stimulates its production."

The infertility may have resulted from a hormone imbalance, triggered by the herbage that the sheep ate, according to the study. Still, this was found only in sheep and not in humans.

Soon enough, researchers would conduct more studies on these estrogenic effects in various farm animals, and the animal feed industry would develop an interest in soy.

About 80% of the soy currently produced in the United States is used as animal feed, Kucuk said. Soy is a billion-dollar industry that spans continents and feeds millions of livestock worldwide, according to the World Wide Fund for Nature, but it wasn't always been that way.

In the 1950s, the soy industry was just beginning to explore how soy could be used in animal feed and how isoflavones could affect animals.

By 1959, soybean oil meal was described as "an excellent source of growth promoting" for young farm animals, such as turkeys.

In the decades to come, soy studies would shift away from soy's role in farm animal diets and toward its role in human diets.

1960s: Soybean industry grows in the US

"Soy consumption is not an uncommon thing. More than 2 billion -- that's with a 'b' -- 2 billion people consume soy every day," Kucuk said.