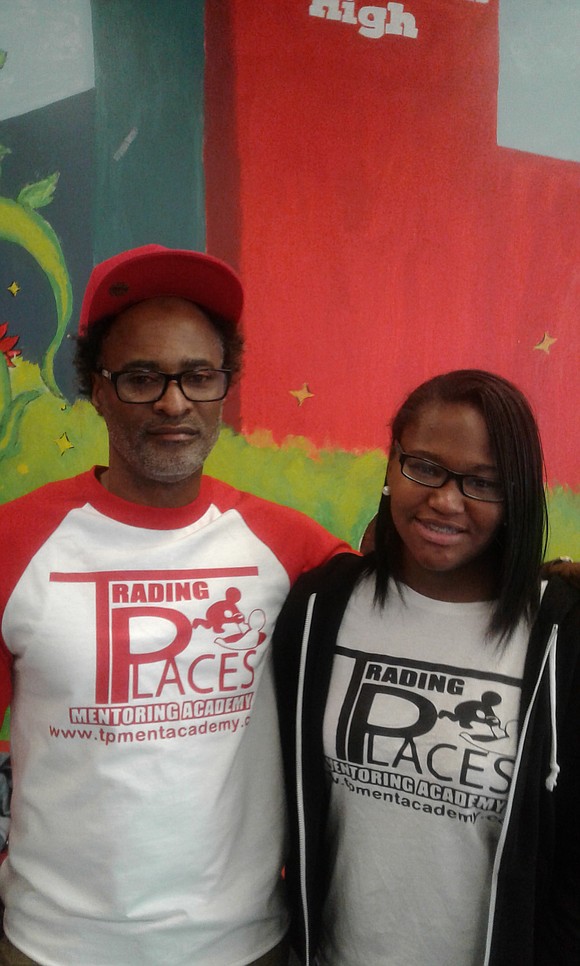 Nadir Nasheed is director of operations of Trading Places Mentor Academy where he motivates, encourages at-risk youth at schools in the greater Baltimore region. His 16-year-old daughter, India Nasheed is a junior at Woodlawn High School and supports her father’s efforts to inspire area youth. Courtesy Photo

From the prison cell to the classroom

Nadir Nasheed made a trade. A former inmate, Nasheed traded his old lifestyle and mindset to a new one— director of operations at Trading Places Mentor Academy (TPMA).

Nasheed shared his testimony and life experiences with hundreds of at-risk youth in several schools and organizations in the region including, Catonsville Alternative, Randallstown High School and the Juvenile Justice Center.

Nasheed delivered a message to 40 students at Woodlawn High School during a speaker series on February 22, 2017. He spoke about the importance of academic excellence, staying focused, positive influences and having educational and career plans. Business leaders and associates of TPMA accompanied Nasheed to speak to the students and answer questions which included Zerita Ross of Ross Insurance Agency, Chef Raymond Lee, owner of Truffle Butta Bistro and Kendall Harris who works for the Department of Corrections.

TPMA was created from Nasheed’s experiences and the realization that he could do a lot more with his talents, skills and abilities. During the latter years of incarceration with the Bureau of Federal Prisons in Massachusetts and Kentucky, Nasheed’s time was used to produce a body of work that would help Baltimore area youth. He authored eight curriculums of which were developed while he was in solitary confinement for four months included topics, Beyond the Hood, Circle of Influence, Creative Thinking, Staying Focused, Seeking Out Mentors, Turning Your Vision into Reality, The Importance of Preparation, Handing Down the Struggle. Nasheed hopes the content will change the trajectory of wayward youth.

“It’s not rocket science but, these are basic principles that will lead to their success,” said Nasheed.

Born and raised in the District of Columbia, Nasheed lacked a positive male role model in his life, which caused him to seek approval in “the streets.” When he was 21 years old, he was sentenced to 20 years and eight months. He served 8½ years. He stayed out of the criminal justice system for 14 years and then returned to prison where he served another 24 months. He has since remained clear of correctional facilities.

Trading Places Mentor Academy provides an alternative for at-risk youth who are performing academically below grade level by partnering with other individuals for additional support.

“The world is more competitive now and a high school diploma is not enough,” said Nasheed, who believes many students are “pushed through high school” based upon data needed to show the school’s overall progress. “In my opinion it’s setting the kids up for failure.”

Nasheed’s 16-year-old daughter, India an 11th grade student at Woodlawn High School is proud of her father’s accomplishments. She is enrolled in honors classes and is on track to take (AP) advance placement courses next year. After graduation, she plans to attend Temple University to study journalism. In turn, Nasheed is proud of his daughter’s commitment to education and looks forward to her graduation.

With his wife’s continued support, Nasheed plans to transfer the college credits he earned from Mercer Community College in New Jersey to attend University of Baltimore and study business administration and non-profit management.