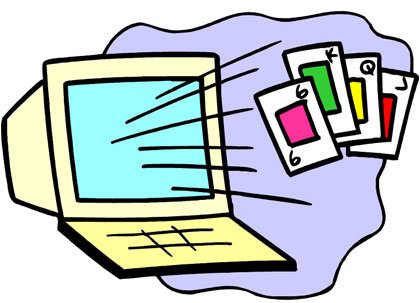 (CNN) — A recent WikiLeaks document dump, purportedly from the CIA, claimed that the agency can hack smart TVs and place them in "fake-off" mode, allowing an owner's private conversations to be recorded and sent to a covert server.

Although many were surprised, in 2013, CNN reported on a flaw in Samsung TVs that would allow hackers to remotely switch on the TVs' cameras without alerting the owner.

But the WikiLeaks exposure of possible CIA spycraft highlights the unraveling of cherished ideas of privacy at home as we enter the era of the Internet of Things -- a world where many, if not all, of the objects surrounding us are "smart" (and therefore accessible to hackers).

Are we prepared for ubiquitous computing and its evil twin, ubiquitous surveillance?

Foreseeing such a future, the Helsinki Privacy Experiment explored the long-term psychological consequences of surveillance in the home. Though participants responded to the constant intrusion of a camera in their private space by changing their behavior to gain control of when they might be recorded, over time, most simply got used to it.

Privacy, it turns out, may not be so valuable after all.

A rose by any other name

The researchers began their 12-month experiment, the results of which were published five years ago in an ACM journal (PDF), by placing "behavioral observation systems" in 10 homes.

The technologies served two purposes: They functioned as media centers, equipped with TVs, DVD players and WiFi access; and they collected, stored and transferred network data as well as audio and video collected by cameras positioned around the homes.

Living in the tricked-out homes were 12 people, most in their 20s, though one 60-year-old also volunteered to be a privacy guinea pig. Five were female, seven male. Six were students, three had full-time jobs, one was unemployed, one was on maternity leave, and one was partially retired.

Each month, participants responded to questionnaires, and after six months, the researchers interviewed them. None of the volunteers reported feeling stressed, but some said they were annoyed, anxious and even enraged by the surveillance. Specifically, they said that being video-recorded while in the nude or having sex troubled them, and not being able to find solitude and isolation in their own homes, where it is expected, had disrupted their lives.

Among participants' gravest concerns was the possibility of a public viewing of the videos. In particular, some feared that the material would be edited with some intention to misrepresent them. They'd be most unhappy, participants said, if private footage were shown to the authorities, their friends and their employers.

During the experiment, all but one participant began "privacy-seeking" behaviors: stopping some favorite activity entirely, for instance, or hiding it from the sensors. To avoid having their online searches tracked -- which bothered participants as much as the cameras did -- some began to visit Internet cafés.

Though in the earliest days, all the participants worried about the experience, after months of observation, 10 out of 12 reported becoming accustomed to a lack of privacy.