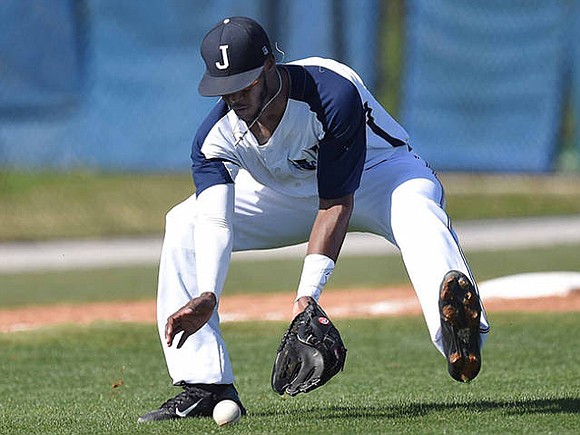 MONTGOMERY, Ala. - Five runs allowed in the first inning was the difference Alabama State losing to South Alabama, 13-4 on Tuesday.

The Hornets dug themselves too big a hole. Alabama State trailed South Alabama 5-1 after the first inning. The Hornets would get two runs in the sixth, but the score was 10-3 in favor of South Alabama at that point in the contest.

Alabama State would not be able to mount a comeback in the later innings, leading to the defeat.

Ray Hernandez went 2 for 4 from the plate, with 2 RBIs and 2 runs scored in the loss.

In game one, junior right-hand pitcher Mark Watson collected his second win on the mound to improve his overall record to 2-1. Watson, Orlando, Fla. native, pitched 6.0 innings for four hits against, one unearned run, two walks and eight strikeouts.

Junior pitcher Garth Cahill took over the mound in the seventh to close the game for the Tigers. He pitched 1.0 innings for two hits.

At the plate, Jonah Hargroves had the most successful outing. Hargroves, junior utility player, went 3-for-4 at the plate for two runs and two runners batted in. Lamar Briggs and Wesley Reyes tied for a game high of three RBIs and David Burke led in scoring with three runs.

Trailing 1-0 in the second inning, Steven Williams, who went 4-for-5 with a run scored and two RBI, homered to right field to lead off the inning. Tyrone Thomas followed with a single to left center, and advanced to second on a throwing error as Carson Lee reached first. Both runners advanced 90 feet on a wild pitch before Kevin Macais' two-run single up the middle. Tyler Gordon Was then hit by a pitch, and both runners advanced on a sacrifice bunt by Andrew Garcia. Corbin Jamison's infield single scored Macias. Following a walk to Xavier Jefferson, Gordon scored on a passed ball for a 5-1 PVAMU lead.