Exciting Line Up of Panels and Workshops for Annapolis Film Festival 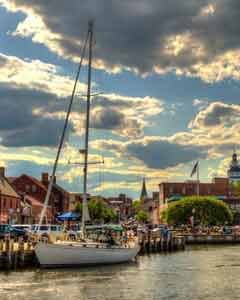 THE KID STAYS IN THE PICTURE

Whether getting their big break in commercials, films, or theater, the youngest performers of the Annapolis Film Festival are making strides in the industry. How do these young actors balance their professional ambition with their personal growth? Does an on-set tutor compare to a homeroom teacher? Is it difficult to take direction from A-list filmmakers? Come get to know these performers as they make their mark on the big screen.

WRITING THE HUMAN EXPERIENCE (ACROSS FILM, TELEVISION, AND NEW MEDIA)

As a structural document, a script informs nearly every element of a film or television project --- the performances, the production design, the scoring…That’s no small feat, given the sky-high stakes of the entertainment industry. But what of modern writers and the ever-present demand for truthful, dynamic onscreen representation? How can the complexities and conundrums of an individual existence be conveyed with authenticity on the page? What can be done to challenge conventions and avoid stagnant storytelling with the boom of scripted new media? Join us to delve into the act of committing character to paper --- how are these creations inspired, shephered, and expanded over the course of production?

Tanya Saracho | Writer, HOW TO GET AWAY WITH MURDER

Always formidable, often overlooked, the behavior and cultural contributions of women have never been under more scrutiny. Bona fide “nasty women” and newly raised voices alike have an edge and authenticity in their storytelling and filmmaking that cannot be replaced or replicated. In 2017, how can we create a persistent, intersectional movement for change in the film industry?

Tanya Saracho | Writer, HOW TO GET AWAY WITH MURDER