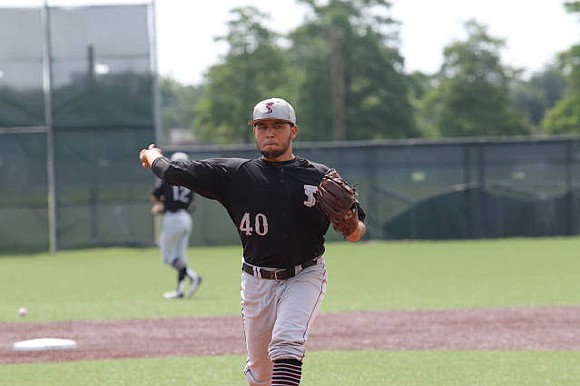 The Tigers kept the game close early on. Texas Southern would get one run in the first, and would trail 4-1 after the third inning. The Tigers would get two of its three runs on walks with the bases loaded.

The Tigers would get two more runs in the seventh, Gerrick Jimenez would hit a two run double in the frame. However, the Tigers would not be able to stage a comeback, leading to the loss.

Richard Alamo would go 2 for 4 with 3 RBIs, to pace the Tigers in the loss.

TALLAHASSEE, Fla. - A late run in the seventh inning, was enough to lift Alabama State past Glorida A&M, 6-5 on Wednesday.

The Hornets would trail early, 2-1 after the second inning. The game would be scoreless until the sixth inning, when Alabama State woud get four runs, in part thanks to a two RBI double by Chris Biocic. Florida A&M would get three runs in the bottom half of the sixth, to make the score tied at 5-5.

Carlos Ocasio would hit an RBI double in the seventh, which would be enough to give the Hornets the win.

Ocasio went 3 for 5 with one RBI and one run scored in the win.

THIBODAUX, La. - Three runs given up in the ninth caused Alcorn State to fall, 7-6 toNicholls State on Wednesday.

The Braves would jump out to a 4-0 lead, scoring four runs in the second inning. Rios Jimenez hit a 2 RBI single to contribute two runs in the frame.

The Braves would add one run in the third, and another in the eighth, to make the score 6-4 heading into the ninth. Alcorn State would give up three runs in that frame, to fall to Nicholls in the contest.

Rios Jimenez went 4 for 5 with three RBIs in the loss for the Braves.

MOREHEAD, Ky. - Brandon Marsonek took over the NCAA lead in strikeouts Wednesday but the Bulldogs dropped a 12-2 decision at Morehead State.

The senior lefthander pitched in the eighth inning - his national leading 21st mound appearance - and struck out two batters to give him 64 strikeouts this season, one more than JP Sears of The Citadel.

The Bulldogs scored first Wednesday after Carson McGregory led off the second inning with a double down the rightfield line. Kyle Redmond hit a two-out single up the middle to score McGregory.

Morehead State, though, answered with three runs in the bottom of the inning for a 3-1 lead.

However, A&M replied with a run in the top of the third.

Dalton Mitchell worked a one-out walk and then moved to second when Wilander Betancourt reached on an error. Zeth Malcom singled up the middle to drive home Mitchell and cut the Morehead State lead to 3-2.

But, that was all A&M would score in the game.

The Bulldogs are home this weekend in a key SWAC Eastern Division series with Jackson State.