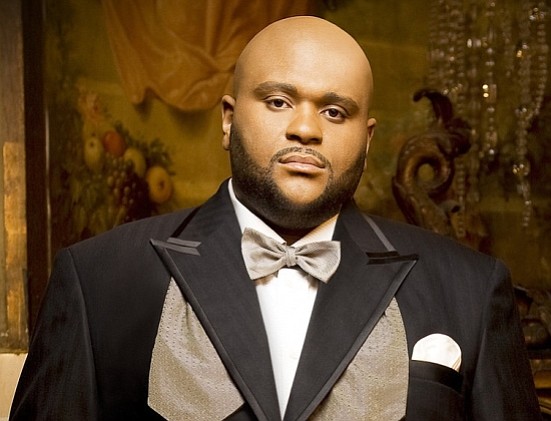 If anyone has been wondering whatever happened to Ruben Studdard, they probably haven’t been paying too much attention.

In the 13 years since he brightened the world of pop music with his romantic balladry on American Idol, Studdard has warmed the hearts of his huge fan base with five albums and has toured with the varied likes of Peabo Bryson, Melissa Manchester, CeCe Winans and David Foster.

That is just a tidbit offered on his personal webpage. He has done a whole lot more, including the just completed a powerful new version of Sam Cooke’s classic, “A Change is Gonna Come.”

“The initial reason toward singing the song was an event we were having in honor of Civil Rights in Birmingham,” said Studdard, now 38. “It was a big event and Dr. Henry Panion III was producing and conducting the orchestra and it was a live event that turned into a PBS special during Black History Month.”

Studdard added that Panion, who he considered his mentor, asked if he would sing and the former Idol champ didn’t hesitate.

“I’ve always been a fan of that song and the importance of the material inclined me to do it,” he said

Panion has been lauded for his work with a who’s who in music, including Stevie Wonder, Kirk Franklin, Chaka

“Ruben really does shine and I think it’s a great joy working with him,” said Panion, whose works are programmed throughout the United States by many of the country’s major orchestras, including the Atlanta Symphony, Cincinnati Pops, Cleveland Symphony, Philadelphia Orchestra, Detroit Symphony, Baltimore

“He really does love music I work in classical and, in jazz and pop, so many when they become popular it has little to do with their musicianship but how many times we turn on national show and you wonder, where in the world did they find this person?

Studdard has always been a student of music and there is talk of him doing a Christmas album of Luther Vandross songs, according to Panion.

Studdard also continues to work on producing a children’s show called, “Uncle Ruben’s House,” that he hopes will debut in the fall.

“It’s a labor of love just having to learn the techniques and how to communicate with kids from two to eight, it’s really phenomenal,” Studdard said. “My mom is an educator, she was like a child whisperer

and that market has been silent for years. So, we’ll make songs specifically to teach children manners, math, and science and the guy I’m working with is really big on STEM education and trying to incorporate that into our music to help children in different way.”

For now though, he is promoting the release of “A Change is Gonna Come,” which came on the heels of former President Barack Obama’s final days in office where he designated Birmingham Civil Rights District as a national monument.

“Sam Cooke’s original became an anthem of the Civil Rights Movement in the 1960s,” Panion said. “We believe that Ruben’s new version is right on time. Everybody could use a little soul and inspiration.”

The single is currently available on iTunes and GooglePlay.