The best things to do in New York City beyond Manhattan 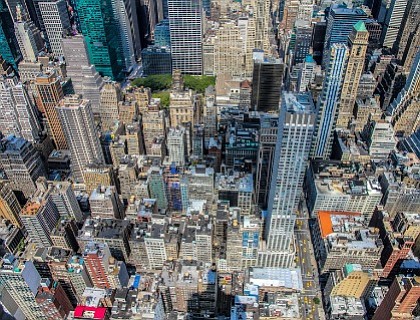 (CNN) — Many of the millions of tourists who come to New York City every year only leave Manhattan to go to or from the airport.

But for travelers who want to get a sense of the city the locals live in, exploring New York's other four boroughs is a way to see more of the metropolis -- with the added benefit of much smaller crowds.

Brews and botanicals in the Bronx

The Bronx often gets a reputation for being gritty.

But locals know that the Bronx is home to two of the most beautiful natural spaces in the entire city.

The New York Botanical Garden (NYBG), which is reachable by the D subway train or the Metro-North railroad from Grand Central, is a stunning 250-square-mile expanse of orchids, roses, ferns and more.

During the cooler months, visit the NYBG's glass houses and library, which have permanent displays.

The garden also works with visual artists. This year, renowned glass artist Dale Chihuly has large-scale works displayed throughout the grounds, and you can visit at night to see them illuminated.

The other outdoor jewel in the Bronx is Wave Hill, an outdoor garden and cultural space overlooking the Hudson River. Formerly an estate for wealthy New Yorkers like Teddy Roosevelt to rent in the summer, the space was donated to the city of New York and now hosts everything from community picnics to nature tours and jazz concerts.

When it comes to food and drink, there's plenty of both in the Bronx.

Foodies should head to City Island, a small island just off of the Bronx, for some of the East Coast's best seafood. Take the bus all the way to the end of the island, begin with slushy pina coladas and fried shrimp at Johnny's Famous Reef Restaurant, then work your way back toward the mainland, stopping at crab shacks along the way. The island has a rich maritime history -- boats were made there for the Navy during World War II -- so stop in at the island's nautical museum to learn more about City Island's past.

Dumplings and dance parties in Queens

Queens is not only New York's largest borough, it also has the most number of languages spoken of any place on earth.

As a result, the borough considers multiculturalism a way of life, and its dynamic food scene is perfect evidence of that.

Each neighborhood is known for its regional specialties, from Indian and Pakistani in Jackson Heights to Filipino in Sunnyside. To get the most bang for your buck, head to Flushing, the Chinatown of Queens that dwarfs its Manhattan cousin in both size and scope.

It's easy to fill a whole day trying every kind of dumpling on offer -- you can't go wrong with crab-and-pork soup ones from Joe's Shanghai, sweet red bean dessert ones from Maxin Bakery and choose-three-ingredients custom ones (they can include anything from sea bass to pickles to eggs) at Tianjin Dumpling House.