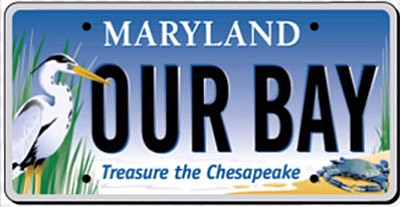 ANNAPOLIS — To avoid a government shutdown, the White House has announced that the President will sign the Consolidated Appropriations Act 2017, which designates $73 million in funding for the Chesapeake Bay Program. This comes on the heels of the release of the President’s proposed budget for fiscal year 2018, which recommended a complete defunding and shutdown of the Chesapeake Bay restoration effort.

“The Coalition wants to thank our members of Congress who have been champions of the Chesapeake Bay restoration effort and helped to secure this funding for the Bay,” said Chante Coleman, director of the Choose Clean Water Coalition. “With this support, our members will be able to continue to implement on the ground restoration projects that reduce pollution in our rivers and streams and protect the water that we drink.”

Two thirds of the $73 million that the Program receives goes directly to support state and local level projects in the watershed states. In 2016, Virginia, Maryland and Pennsylvania received more than $10 million each, funding projects that include planting trees, creating habitat, reducing pollution from agriculture, and increasing crab and oyster populations.

“Our progress in restoring the Chesapeake Bay results from the steadfast commitment of many important partners working together toward shared goals. The federal government needs to represent the strong and stable base on which the effort is built, and our commitment must not be allowed to waver,” said Senator Cardin. “Congress soundly

rejected the recently proposed elimination of federal funding to the Chesapeake Bay Program and related efforts because nearly every elected official in the watershed, regardless of political party affiliation, knows and appreciates what the Bay provides us— strong local economies; flourishing wildlife populations; recreational opportunities; [and] our regional identity. But let the recent threats remind us just how diligently we must all continue working together as partners to ensure that the federal government’s dedication to the Chesapeake Bay remains the bedrock of the restoration effort.”