Does fasting on alternate days work? A new study weighs in 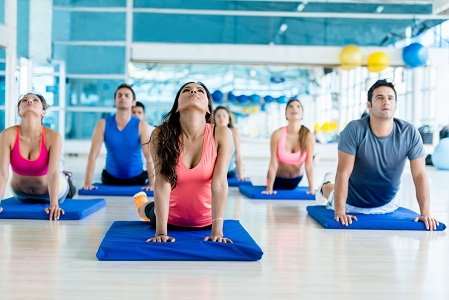 Try a prepaid gym membership, trainer session or package of yoga classes. Losing weight is the most popular New Year’s resolution, so spread the health.

(CNN) — Whether you watch what you eat by counting your daily calories or practicing intermittent fasting, either approach can be effective for weight loss, a new obesity study suggests.

Intermittent or alternate-day fasting requires routinely alternating between eating little or no food and then feasting in your daily diet. It has become a growing weight loss trend in the US, UK and other regions around the world.

The small study, which published in the journal JAMA Internal Medicine on Monday, suggests there is no significant difference between fasting and the other popular weight loss strategy of simply restricting how many daily calories you consume.

"We basically showed that they both produce a clinically significant amount of weight loss," said Krista Varady, a professor of nutrition at the University of Illinois in Chicago and lead author of the study.

The study involved 100 obese adults in Chicago and was conducted between 2011 and 2015. The adults were randomly assigned into three different groups. For one year, each group had to adhere to either an alternate-day fasting diet, or a calorie restriction diet, or no diet.

For the alternate-day fasting diet group, participants could eat only about 25% of the calories that are recommended for a daily diet on fasting day, which was about 500 calories, and they fasted every other day. Fasting days alternated with feasting days, during which each participate could eat up to about 125% of the recommended calories.

For the calorie restriction diet group in the new study, participants simply restricted their daily calorie intake to about 75% of what's recommended.

Members in the fasting and calorie counting groups were provided meals for the first three months of the study and then were on their own for the last nine months, Varady said. Throughout the study, all participants were provided with counseling on portion sizes, how to monitor calories, and read food labels, she said.

By the end of the yearlong diet sessions, those in the alternate-day fasting group lost about 6% of their original body weight, whereas those in the calorie restriction group lost 5.3%, Varady said.

The dropout rate in the alternate-day fasting group was 38%, versus 29% in the daily calorie restriction group, the researchers found.

'The dropout rate is kind of alarming'

"Even if the weight loss was a primary end point, I think that the question is really: What is the best strategy to get people to stick to a diet?" said Eric Ravussin, a professor at Louisiana State University's Pennington Biomedical Research Center and a co-author of the new study.