Is chocolate good or bad for health? 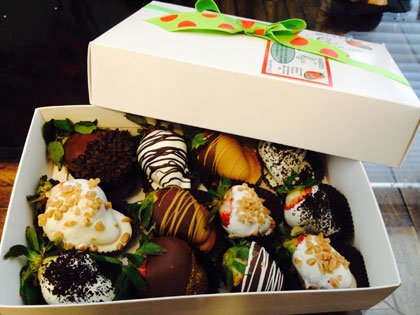 (CNN) — Who doesn't love chocolate? Even if it's not your favorite sweet treat, you can probably agree that the confection conjures thoughts of love, pleasure and reward.

But in case you need one more reason (or 10) to celebrate chocolate, just look to science. Studies of chocolate lovers -- and even some self-proclaimed "chocoholics" -- suggest that it could lower blood pressure and reduce the risk of heart disease, help control blood sugar and slash stress, and on and on.

Research has even backed up some of the more bizarre health benefits that have been ascribed to cocoa. The Mayans used chocolate powder to relieve the runs, and in the last decade, researchers have identified possible diarrhea-blocking chemicals in chocolate. But as for prescribing cocoa to combat syphilis sores, Victorian-era doctors probably missed the mark.

"(Chocolate) is a good antioxidant. It has a good effect on inflammation. We think most of the beneficial effects are because of this," said Dr. Owais Khawaja, a cardiology fellow at St. Vincent Mercy Medical Center in Toledo, Ohio. These benefits might include reducing the risk of cancer and dementia, Khawaja said.

However, not all chocolate is created equal. The antioxidant and anti-inflammatory power of chocolate is thought to come from a class of plant nutrients found in cocoa beans called flavonoids. Dark chocolate has more of these than milk chocolate, and white chocolate -- which does not actually contain chocolate -- is not a good source of flavonoids.

Even a chocolate bar that is 70% cocoa, generally considered dark chocolate, can have varying levels of flavonoid compounds, depending on how it was processed. For example, chocolate that has gone through a chemical step known as dutching, also known as Dutch chocolate, has essentially lost all traces of these compounds.

That could be bad news for those who hope to harness the power of chocolate when they grab a Hershey's or Snickers bar. Contrary to what the ads said when milk chocolate was introduced in Europe and the United States in the late 1800s, it may not be a nutritious part of our diet.

But we need more research into the effects of consuming all kinds of chocolate, including milk. "There is not enough data as to what form of chocolate is good" and how much chocolate is good, Khawaja said. Studies tend to ask participants about whether they consume chocolate or dark chocolate, but not what kind. To make matters worse, people often forget or misrepresent how much they really eat.

For now, it is probably safe to say that dark chocolate is good -- or at least, not bad. "But until we have more data, don't eat too much. If you're having a serving once or twice a day, fine. But don't start having it six times a day," Khawaja said.