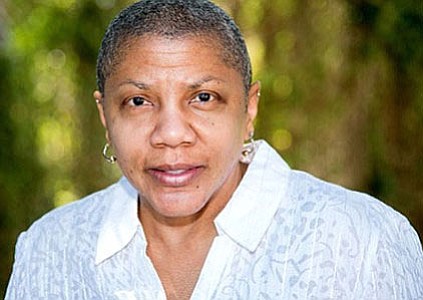 BALTIMORE — Morgan State University (MSU) associate professor Dr. Lorece Edwards says binge drinking has been among the most severe problems among the young in the community and wants to eliminate substance and alcohol abuse among youth in West Baltimore.

“We brought together key stakeholders and community members to discuss the Get SMART West Baltimore Drug Free Community Coalition, which aims to provide the area with resources for community level change,” said Edwards about an April meeting of stakeholders.

Edwards worked successfully to secure a grant from the Substance Abuse and Mental Health Services Administration to help implement the coalition. The grant is worth $125,000 per year for five years and provides an opportunity for an additional five years, Edwards said.

The April meeting allowed for stakeholders to discuss strategy and goals with an object of reducing and even eliminating abuse among underage youth in the neighborhood, she said.

“We are getting the drug free community coalition off the ground. We are bringing in more community members from West Baltimore and community-based organizations because many hands make the load lighter,” Edwards said. “We need to address some of the needs of our young adults and our youth because what we’re seeing in West Baltimore is a lot of underage binge drinking and marijuana use and we’re also seeing a lot of environmental factors that play a huge role in these behaviors among young people.”

A planned summer training session will include providing re-purposed education, resources, and support for youth and families in West Baltimore.

The grant will also help establish and strengthen collaborations between communities, public and non-profit agencies, as well as federal, state and local governments to support the efforts of community coalitions working together to prevent and reduce substance abuse among youth, according to Edwards.

“We’re hoping the young ones form their own coalition from this,” she said.

Future plans also include the implementation of a “Strategic Prevention Framework” to address community level change and some of the selected strategies will include providing support, enhancing skills and reducing significant barriers for policy change.

Edwards noted that Morgan State University and the coalition value the concept that community lies in the heart of public health.

“We are in an early genesis of recovery, stemming from community trauma, a plethora of drug overdoses, and an array of mental health concerns. Alcohol and substance use are often used as a coping mechanism to solve and, or, escape problems,” she said.

inside the home without realizing that there is a social host liability, which means that if an accident occurs while the child is impaired from drinking at home, the parent could face serious consequences.

The newly formed coalition also seeks to focus on neighborhood liquor stores, particularly those that sell candy and other items that entice young ones.

“We have a huge liquor store density in our neighborhoods which you don’t see in white neighborhoods,” Edwards said.

“We have to hold storeowners accountable. We have liquor stores who sell milk, bread, and candy and the bottom line is that kids do not need to be in those stores,” she said. “We have to make sure that these stores aren’t selling to underage youth.”

Finally, the coalition want to help change the behaviors of some in the community, Edwards said.

“We can’t solve this problem without bringing in social determinants of health and there’s nothing worse than not giving kids an opportunity for a fair start,” she said. “Some of our urban neighborhoods don’t lend [themselves] to that especially, when it’s easier to buy a bottle of alcohol than it is to buy a bottle of orange juice.”