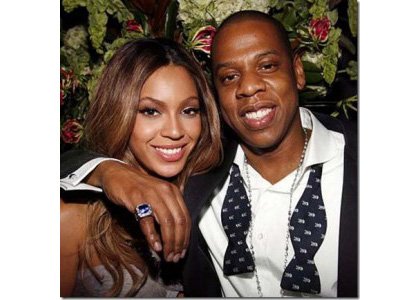 (CNN) — Don't act like you didn't know Beyoncé was going to shut it down when it came to her baby shower.

Queen Bey's "Carter push party" was held this weekend to celebrate the coming of twins for the superstar singer and her husband Jay Z, whose legal name is Shawn Carter.

Thanks to social media, we commoners can all enjoy highlights from the day.

Beyoncé shared images of her henna decorated belly, along with photos of her and the hubs decked out in African attire.

The Beyhive has been eagerly awaiting the twins' arrival since Beyoncé announced in February that she was making five year-old daughter Blue Ivy a big sister.

Queen mom Tina Knowles shared some video and pictures from the party, as well.

The Carters have not publicly shared their due date, but the hive is buzzing it will be soon.