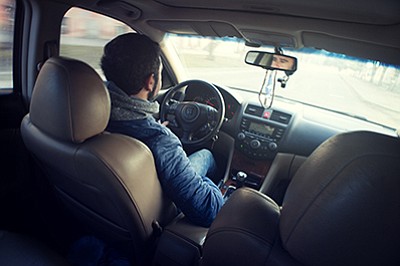 Lyft is making its first stop outside of the U.S.

On Monday, the ride-hailing company announced it will begin operating in Toronto, starting in December.

"We have had our sights set on international expansion for months, and the Canadian market is an obvious fit for Lyft's culture, values and the service that we provide," Lyft CEO Logan Green said in a statement to CNN Tech. "We've had incredible interest from both drivers and passengers in Toronto."

Previously, Lyft operated internationally through partnerships with local ride-sharing companies, like Grab in Southeast Asia and Didi in China.

Related: Lyft shows just how serious it is about self-driving cars

"Lyft is a little late to the [international] game, but enjoys a better public image [than Uber], which I expect will ease their expansion efforts," said Carl Doty, vice president and group director at research firm Forrester.

"There is some pretty high, positive sentiment with Lyft," he added. "They are playing this slow and steady wins the race game."

The move comes as its competitor Uber continues to face challenges abroad. The company is appealing London's decision to pull its license after the city's transport authority said Uber was not "fit and proper" to operate there.

Uber also considered pulling out of Quebec. The company was operating in the Canadian province under a government pilot project, which was renewed with stricter requirement. For example, Quebec wants drivers to complete 35 hours of training, which Uber said was not feasible for many of its drivers who have other jobs and only drive for the service part-time.

But last month, the company said it would continue to operate in Quebec for now and hopes to negotiate with the new transport minister about the new regulations.