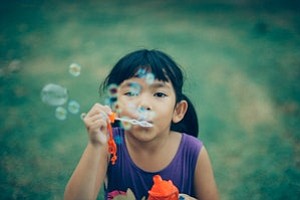 An effort that began in 2015 when Council President Young introduced legislation calling for a non-lapsing, dedicated fund to support programs and services geared toward young people, the Children and Youth Fund resulted in a charter amendment passed overwhelmingly in 2016 by more than 80 percent of voters during the general election. The Fund dedicates $12.1 million each fiscal year to flow into the non-lapsing.

“This process is groundbreaking on so many levels,” Council President Young said. “But one thing that I’m most proud of is the fact that, rather than politicians having the final say, the actual citizens of Baltimore, through a grassroots community engagement process, will be the ones deciding how dollars are spent.”

Earlier this year, a task force made up of students, community leaders, program services providers and representatives from government agencies, was established to make recommendations on the fund’s governance.

Co-chaired by Adam Jackson, CEO of Leaders of a Beautiful Struggle, a Baltimore-based Think Tank; and Dr. John Brothers, President of the Program for Charitable Giving at T. Rowe Price Foundation, the meetings were well attended by members of the public, who worked alongside members of the task force on the fund’s governance and administrative structure.

The Task Force presented its findings publicly in May 2017. Recommendations were centered on grant-making criteria, including structure, budget, capability and other functions. Several recommendations concerning the administration of the Youth Fund were also made.

It was recommended that Youth Fund dollars be administered by a new organization that would be built from the ground up and have a focus on empowering Baltimore’s grassroots communities. While the permanent organization is being created, the Task Force recommended that an existing intermediary temporarily manage the Youth Fund.

The work of implementing the Youth Fund represents a historic shift in grant making, from one that is dictated to communities, to a process that has community in the driver’s seat from a grant-making perspective.

In order to empower ABC to fill these roles, two steps are required.

First, the City Council must pass an ordinance that empowers ABC to fill its dual roles and establish the basic parameters ABC must follow. Second, the city’s Board of Estimates must approve a Memorandum of Understanding (MOU) between ABC and the City of Baltimore, which would further spell out ABC’s functions and responsibilities. The Board of Estimates would consider the MOU between ABC and the city the second week of December.

The Council’s Education and Youth Committee will hold a public hearing on Council President Young’s bill on Tuesday, November 21, 2017 at Frederick Douglass High School at 5 p.m. Members of the public are encouraged to attend and offer public testimony.

Prior to the public hearing, young people in Baltimore will convene for a grassroots, youth-led march in support of the Fund from the Kids Safe Zone at 1622 N. Carey Street, at 4 p.m. and end an hour later at Frederick Douglass High School for the public hearing.