Not All Wounds Are Visible: A Community Conversation – Let’s Talk About Addiction, Substance Abuse 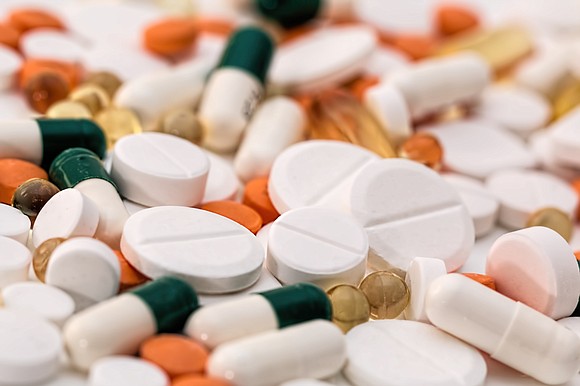 Addiction, substance abuse and drug overdoses are a growing epidemic across America, with more than 64,000 overdose deaths nationally last year. The increase in overdose deaths of more than 20 percent is a bigger jump than over the previous four years combined, and the rate of deaths in 2016 increased in every quarter. For every 100,000 residents in America, nearly 20 died of drug overdoses in 2016, compared with a rate of 16.3 the year before, according to the Centers for Disease Control and Prevention.

Maryland is not immune to this serious public health challenge, with more than 2,000 fatal overdoses statewide in 2016, a number that tragically has risen steadily since 2010.

Heroin addiction is not a new concern locally— it has been present in Baltimore for many decades. However, for many clinicians on the front lines, the severity of illness and frequency of overdose deaths is the worst it has ever been. The United States saw an explosion of opioid medication use beginning in the 1990s. As various efforts were put in place to curtail the availability of prescription opioids, it became more difficult and expensive to obtain prescription opioid pain medication, leading many people to switch to cheaper and more accessible heroin. Over the past several years, the emergence of illicitly manufactured fentanyl (itself a potent pain medication), which is often being combined with heroin, has added another degree of danger to the already terrible national epidemic.

Physicians at the University of Maryland Medical Center (UMMC) Emergency Department (ED) report treating an average of more than a patient a day for an overdose, up from 0.5 patients per day as recently as 2015. Peer Recovery Coaches working in the ED see 20-30 patients per day and assist them with getting help for their substance-related problems.

The Division of Alcohol and Drug Abuse at the University of Maryland Medical Center and School of Medicine treats hundreds of patients with opioid use disorder on a daily basis in three hospital-based clinics. Clinicians help thousands of patients per year who are admitted to the various services in the medical center. Through telemedicine, clinicians also provide treatment to individuals in Garrett, Washington, Frederick and Caroline counties.

Earlier this year, Governor Larry Hogan signed an executive order declaring a State of Emergency in response to the state’s overdose crisis. And in late October, President Donald Trump declared a public health emergency over the opioid epidemic that is killing tens of thousands of Americans each year. Hopefully both of these actions will lead to additional funding, policy changes and additional support for various overdose prevention and response programs in place at hospitals such as we have at many of the University of Maryland Medical System (UMMS) hospitals, including here in Baltimore at the UMMC University and Midtown campuses. The situation will hopefully also improve with increasing public education, reductions in use of opioid pain medication and culture changes and additional treatment opportunities for individuals with substance use disorders.

On Wednesday, November 29, 2017, UMMS and the University of Maryland, Baltimore (UMB) are hosting “Not All Wounds Are Visible - Let’s Talk About Addiction and Substance Abuse,” a free community conversation designed for community members to hear from and ask questions of physicians and other health care professionals about addiction and substance abuse.

Topics will include: An overview of addiction and substance abuse including non-opioid addictions, and discussions of the current opioid epidemic, and What Is Recovery? Time will be set aside for a Question and Answer session for each topic. In addition, Dr. Jason Ramirez, author of “The Hard Way: A Doctor’s Fight Against Addiction, Poverty and Depression,” will conclude the program discussing the challenges of growing up as the child of heroin-addicted parents. Dr. Ramirez is Assistant Professor of Family & Community Medicine at the University of Maryland School of Medicine and Director of Inpatient Family Medicine at the University of Maryland Medical Center.

“Let’s Talk About Addiction and Substance Abuse” is being held at the UMB Campus Center, 621 W. Lombard Street in downtown Baltimore from 9 a.m. to 12:30 p.m. The free event includes breakfast for all attendees and a resource fair with vendors from the substance abuse, addiction and recovery communities. The event is also being live broadcast at several locations across the state in partnership with University of Maryland Medical System hospitals and private partners, including in Towson, Bowie in Prince George’s County, Charles County in southern Maryland and on the Eastern Shore. Individuals interested in attending may register at www.umms.org/communityhealth or by calling 1-800-492-5538.