The best things to do in Santa Fe, New Mexico 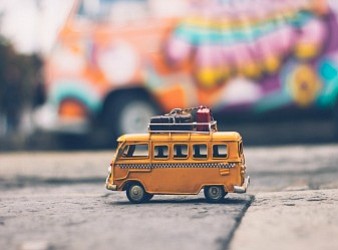 Santa Fe's blend of Native American and Spanish heritage makes for a local food culture that's tough to replicate outside the city limits.

No visitor to Santa Fe will leave without being asked "red or green?" at least once. (Spoiler: they're referring to chile.) It's actually the state's official question.

For a dinner that's as much about atmosphere as it is the food, La Plazuela at La Fonda On The Plaza is the go-to -- while eating, diners can gaze up at the restaurant's impressive wrought-iron chandelier and colorful windows. (La Plazuela, 100 East San Francisco St., Santa Fe, NM, 87501; 1+ 505 995-2334)

Where to sleep and recharge

Most Santa Fe accommodations stay true to the area's heritage with lots of Southwestern influence to their architecture and décor.

The resort is home to so much art and history that it offers guests complimentary docent-guided art tours of the property.

Less than two hours outside of Santa Fe, you can get to know and celebrate Native American history at Taos Pueblo, which reflects on a 1,000-year span of Taos Indian history.

One hundred residents live inside the historic adobe structure, and more than 1,900 Taos Indians still on live on the surrounding land. Residents welcome visitors to join guided tours and get to know the culture.