Ah! My kid is having a tantrum, and I want to scream 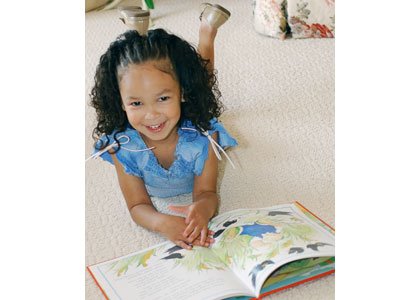 Most parents have experienced it: that moment when their son or daughter has a full-blown temper tantrum, which may involve screaming, crying, stomping their feet, dropping to the floor or all of the above.

Of course, this is stressful no matter where it happens, but when it's in a public place and you feel as if everyone is looking at you and thinking "What kind of parent can't control his or her kid?" you may want to curl up in a ball and start screaming yourself.

But you know that won't really be productive, so what can you do?

For some answers, we turned the camera on kids themselves: a group of New Jersey fifth- and sixth-graders, many of whom admitted having tantrums at one time or another.

Grace Szostak, who just started middle school, says she had them until the third grade and could be found banging on the doors in her room.

"It was not good," she conceded.

As part of a new video series, "If I Were a Parent," showcasing kids taking on modern-day parenting problems, I asked Grace and her classmates what they would do if their son or daughter had a tantrum.

"I'd say 'cool down, cool down,' and I'd sit with them and talk to them about it," said Lance Jenkins, who is in the sixth grade.

And if they don't calm down? "That's the hard part," he admitted.

Casey Wescott, who's also in the sixth grade, said parents are sometimes quick to just react and may not take the time to figure out why their children are crying. "Try to slow down a little more and ... ask your kids what is wrong," he said.

Fiona Laddey, a fifth-grader, said it's important for parents to stay calm, "because if you start yelling, it would be even more chaos."

Tricia Ferrara, a licensed family therapist and parenting strategist who has been in private practice in the Philadelphia area for more than a decade, agrees.

Ferrara, author of "Parenting 2.0: Think in the Future, Act in the Now," said that while it may be hard to do, we need to forget about the other people who may be watching us during those cringe-inducing moments when our children are in the throes of a tantrum.

"I always say to parents ... you've got to stop, drop and do what you have to do," Ferrara said during a previous interview. "Escalating back to the child is not helping anything, because that's more sensory information that is going to make them go nuclear."

Think of yourself as a "tuning fork," she said. "The calmer and clearer you can be, the better things will go."

Adults should look for creative ways to maintain authority and realize that eliciting even small concessions from a child can go a long way, Ferrara said. "Create one bit of upside, even if it's 'you take one breath and we count to three together, (and then) we can get you want you want, and then we'll go home,' " she explained. "What that does is, it keeps you in control and as the authority in the situation."