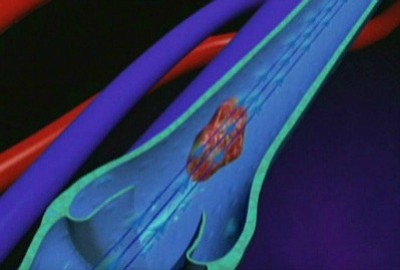 How tall you are might hold clues to your risk of various health problems, such as blood clots, according to a new study. CNN

How tall you are might hold clues to your risk of various health problems, such as blood clots, according to a new study.

Height can be an independent predictor of your risk for venous thromboembolism, or VTE, also known as blood clots, according to the study, published Tuesday in the journal Circulation: Cardiovascular Genetics.

That blood clot risk was lowest among the shortest women and men and appeared to increase with height, the research showed.

"Height is not something we can do anything about," lead study author Dr. Bengt Zöller, associate professor at Lund University and Malmö University Hospital in Sweden, said in a news release.

"However, the height in the population has increased, and continues increasing, which could be contributing to the fact that the incidence of thrombosis has increased," he said. "I think we should start to include height in risk assessment just as overweight, although formal studies are needed to determine exactly how height interacts with inherited blood disorders and other conditions."

In the United States, blood clots are thought to kill about 60,000 to 100,000 people annually, according to the US Centers for Disease Control and Prevention.

Across Europe, there are an estimated 500,000 deaths related to blood clots each year, according to a 2014 review paper in the journal Thrombosis Research.

The risk of blood clots isn't the only health concern that has been tied to height: Cancer, heart problems, gestational diabetes and even longevity have been linked with stature.

'Body size in general is an important factor'

Using the Swedish Multi-generation Register, the researchers identified siblings of different heights. They also used the national Swedish Hospital Register to track hospital inpatient and outpatient diagnoses of blood clots between 1969 and 2012.

Still, "these clots are deadly because they can break free from the vein and travel to the lung," said Dr. Mary Cushman, professor of medicine and pathology and director of the Thrombosis and Hemostasis Program at the Larner College of Medicine at the University of Vermont, who was not involved the new study.

"If the clot is big enough, that can cause death, which is sometimes sudden," she said.