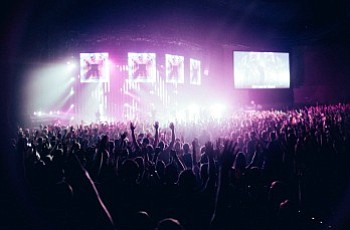 Hurricane Harvey is not going to stop Janet Jackson.

The superstar singer kicks off her tour Thursday at the Cajundome in Lafayette, Louisiana, and she's scheduled to perform in Houston, Texas on Saturday.

Jackson tweeted a video Wednesday night assuring fans the show will go on there, despite the devastation from Hurricane Harvey.

The singer said she's actually planning something beyond the concert.

Several stars have stepped up to help in the Harvey relief efforts.

A star-studded "Hand In Hand: A Benefit for Hurricane Harvey Relief" will air live from Los Angeles, New York and Nashville on September 12.