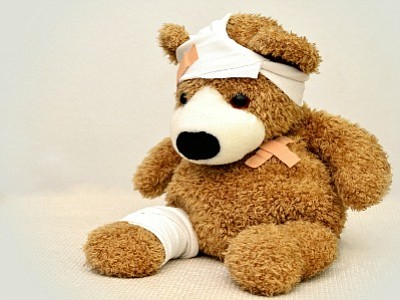 The US Army has delivered a three-day supply of fuel to a San Juan, Puerto Rico, children's hospital where patients were in danger due a diesel shortage.

The lives of 12 pediatric patients at San Jorge Children's Hospital were at risk after extensive damage to the US island territory's fuel supply infrastructure, a hospital administrator said Tuesday.

The children depend on ventilators to survive, according to Domingo Cruz Vivaldi, executive director of the San Jorge Children's Hospital. But a shortage of diesel, which powers generators, meant that the ventilators had to run on batteries for eight hours Monday and supply was still limited.

Cruz Vivaldi said Wednesday the medical emergency has been averted for now.

Before Hurricane Maria hit the island, the children's hospital had about 90 patients, according to Cruz Vivaldi. They discharged 30 who were in stable condition and are currently treating 60 who need to remain hospitalized.

"Right now, we only have diesel for today and tomorrow. We're already working on refueling our tanks so we can extend our power generating capability, which is at 50% right now," Cruz Vivaldi said Tuesday.

Lack of power and water has severely weakened the ability to treat patients at dozens of hospitals around the island. CNN visited a local clinic in Yabucoa, a coastal community on the island's southeast, that was hit by the eye of the hurricane. A local official said the clinic is not currently operational. Medical personnel are sending patients to the nearest medical facility, located in the nearby city of Caguas.

The death toll from Hurricane Maria currently stands at 16. Authorities have not released information about the number of people who were injured during and after the hurricane.

A medical crisis is unfolding around the island. Many people hurt during the hurricane have yet to be treated. The lack of power puts dialysis patients at risk, and diabetes patients may lose their insulin supply for lack of refrigeration.

Dr. Israel Ayala Oliveras, medical director at the Puerto Rico Medical Center, said people are showing up there with all kinds of injuries related to the hurricane.

"We're treating lacerations, concussions, deep cut wounds and others caused by flying objects. People have also gotten hurt by falling around their homes or when using or operating chainsaws and machetes as they try to clear access to their homes," Ayala said.

Carmen Gutiérrez Molero, an 86-year-old woman who lives in the Caparra district in Guaynabo, said a gas line that broke during the hurricane caused an explosion in her kitchen.

"I got up at eight and went to the kitchen for some coffee. When I lighted a match, the stove exploded and burned my feet. Thank God it was only my feet and nothing more. I jumped the best I could and was able to get outside," she said.

Lefty Rodríguez suffered two ripped tendons in his arm after the hurricane blew open the front door of his house.

"It all happened suddenly. I was near the door and it suddenly opened. When I saw it was coming toward me I tried to hold it, but ... boom! That's when it got my arm," Rodríguez said.

The Puerto Rico Medical Center implemented a contingency plan to treat hurricane victims before Maria hit the island. Ayala said the flow of patients has increased by dozens. Still many roads are impassable, preventing many people from reaching medical facilities.

The local department of health also installed two mobile hospitals with tents where basic surgeries and first aid can be offered to patients.