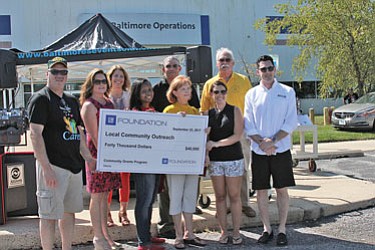 Maryland State Senator Kathy Klausmeier attended the event and gave out proclamations to each of the recipient organizations for their efforts, and to General Motors for consistently helping those in the community in which their employees work and live.

This year, the GM Foundation will provide $2 million in funding to nearly 200 organizations in 45 plant cities. Since 1976, the General Motors Foundation has donated nearly $1 billion to U.S. charities, educational organizations and disaster relief efforts worldwide. In 2016, the company began transitioning from a U.S.-focused, foundation-based giving model to a global social impact strategy to promote economic growth around the world.