Perspectives in Pink: A Call to Action During Breast Cancer Awareness Month 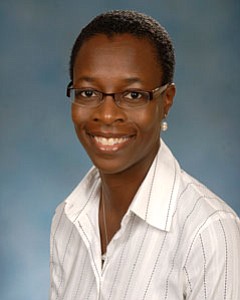 Pink ribbons will soon be in bloom to mark October as Breast Cancer Awareness Month. In recognition of this month, here’s some information about breast cancer as well as a few ideas to guide your thoughts and actions during the coming days and weeks. 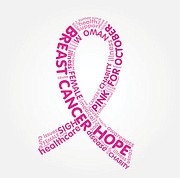 In recent years, there have been major developments in the science of breast cancer diagnosis and treatment, which have led to improved outcomes and increased survivorship. There are nearly three million breast cancer survivors in the U.S. today.

Early detection is key! A woman’s chance of surviving breast cancer is increased by early detection. Screening mammography is currently the best available tool for early detection of breast cancer. For most women, screening mammography should start between the ages of 40-50 years old. Women should individually discuss with their doctors the best age to initiate screening and how often screening should be repeated. In addition to regular screening, if a woman notices breast changes such as a lump, swelling, skin changes, pain or nipple discharge, she should see a doctor right away. Though these changes may not mean cancer, a doctor can help determine the cause.

Although breast cancer outcomes have improved in recent years, there is room for further improvement especially here in Baltimore. By being informed, encouraged and empowered about breast cancer, you can help make a difference.

Be Informed: Know your individual risk for breast cancer and the behaviors that you can change to decrease your risk. Know your family history and make sure to share this information with your doctor.

Be Encouraged: There are more breast cancer survivors living today than ever in history. Early detection certainly saves lives.

Be Empowered: During the month of October, choose at least one action that you can take towards bettering breast cancer outcomes in our community. Maryland’s highest death rates for African-American women are in Baltimore City and Baltimore County. Here are a few ideas to get you started: