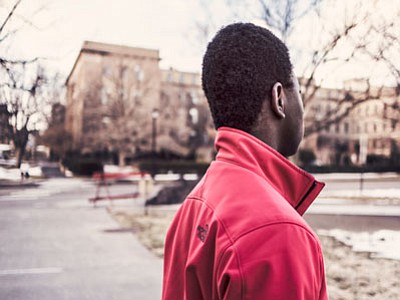 America's public schools are starting to resemble war zones. Recently, a fistfight between two female students at an Alabama high school erupted into a campus-wide fracas that ended in gunfire. A massive brawl at a North Carolina school resulted in multiple arrests. And in San Diego, several teenage boys were rushed to the emergency room with stab wounds after a fight broke out.

The Obama administration, state and local school officials are largely to blame. Their fealty to a politically correct agenda prevents them from restoring order in the classroom. School choice measures like education savings accounts, tax credits and voucher programs can offer students an escape from such dangerous environments— and give those students the opportunity to learn in peace.

Despite these ills, many school administrators refuse to crack down on violent students. Activists claim that traditional punitive measures, like suspension, discriminate against minority students. Tough punishments, they say, cause kids to fall behind in school, making them more likely to drop out and wind up incarcerated.

This view was effectively inscribed into law by a 2014 letter from the Obama administration's Office of Civil Rights. The letter warned public school administrators that traditional disciplinary measures could violate federal nondiscrimination law.

As a result, half the states and several large municipal districts installed severe restrictions on school discipline. The Los Angeles Unified School District has effectively banned suspensions entirely. This shift has resulted, predictably, in more violence.

Take a decision by the past superintendent of the St. Paul, Minnesota district to significantly limit the ability of school staff to interact with the police or impose harsh punishments on bad students.

Violent student behavior quickly spiked to an all-time high. One brawl got so bad, school staff had to close the doors on all the classrooms to prevent any more students from joining in. As one veteran teacher put it: "We have a segment of kids who consider themselves untouchable."

Other anti-suspension districts have suffered similar results. In both Oklahoma City and Baton Rouge, two in three teachers have reported an uptick in bad behavior. Nearly 70 percent of teachers in Jackson, Mississippi say their classrooms spin out of control on a regular basis.

It's impossible for teachers to restore order if they can't remove chronically disruptive students from class. Ironically, the victims are often poor students of color the politically correct advocates claim to care about.

Students need an escape. They shouldn't be forced to attend violent public schools. Expanding school choice programs can give these kids a shot at a better future.

Consider Zaya Lumumba, a teenager subjected to bullying at her public school in Indiana. Her parents applied for a state-run scholarship program for low- and middle-income students and then used the money to move Zaya to a private school nearby. Her mood immediately improved, as did her academics; she registered a top grade point average her first semester at her new school.

Lance T. Izumi is the Koret Senior Fellow in Education Studies at the Pacific Research Institute. He is also the author of the newly released book, "The Corrupt Classroom."